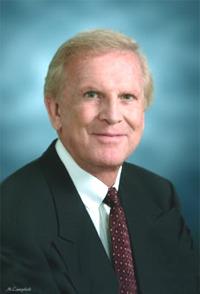 1. Women are starting companies at twice the rate of men. The number of female-owned businesses in North America alone has grown to over 9.5 million.

Women-owned companies employ one out of every four workers and generate more than $2.5 trillion in revenues.

2. Women take education more seriously. In North America, about 90 percent of women complete high school, compared with 86 percent of men; 30 percent get college degrees versus 26 percent of men. And this trend is accelerating.

3. Women develop verbal skills more rapidly than men. This advantage is important to all professions in the new millennium, especially in a relationship based global marketplace.

4. Women try to resolve conflict more peacefully. Since we all live in a borderless world where different cultures collide via instant communications, the ability to gain consensus among differing interests is paramount to our survival.

5. Women are waiting much longer to get married, because that is only one of their major life goals. Education, service, career development, and self-actualization also are important considerations.

6. Women can and will be elected to lead their countries. A University of Chicago survey reports that nine out of ten voters would vote for a qualified woman to lead the United States. And it could happen with Carly Fiorina, Hillary Clinton and others in the very near future.

7. Women are no longer spectators in athletic competition. Thanks to federal mandates that opened the school door to equal-opportunity sports, combined with recent Olympic triumphs by women in a variety of athletic disciplines, the results are finally showing. Nearly five million high school girls in North America participate in sports, up 50 percent from a decade ago.

8. Women are more conscious of their health, not just their looks.

The nutrition and fitness industries are driven primarily by women.

Although women have a longer life expectancy than men, women also want quality of life for themselves and their families to go along with the quantity.

9. Women have become breadwinners. Women are the main income producers in one out of four two-income households in North America.

The 21st Century heralds a workplace based more on relationship power than position power. Being a team player and team leader is more important to success than being a charismatic superstar.

11. Women have better listening skills. Through centuries of playing a supporting role, they have fine-tuned the ability to listen for the core passion or need of the other person by asking questions and empathizing, rather than presenting.

12. Women can adapt more readily to change. Because women have been more responsible for attending to the emotional needs of others, which are very fluid, they learn to read between the lines and come up with creative solutions for accommodating people.

13. Women can sublimate their egos. In simpler times, the egotistical boss could survive. Now leaders must empower others. If you have an ego that has to be stroked all the time, you’re not going to build an effective team builder.

14. Women are more intuitive. While men tend to look at the bottom line numbers, women look at the whole person. In an “informercial world” loaded with get-rich-quick schemes and fads, it’s important to go to the “gut” or intuition when assessing a business or personal relationship. Women seem to be able to spot a phony better than most men.

16. Women can let go of prejudice more easily. Since men are more territorial, they protect their turf and their own kind somewhat more vigorously and are more suspicious of outsiders.

17. Women readily delegate authority. Women don’t need to take the credit for success as much as men do. This may change, over time, as women taste the spotlight in business and sports’ success more often. But, for now, there is no game of “Queen of the Mountain.”

18. Women encourage experimentation and tolerate mistakes. In today’s best-managed companies, employees are urged to “color outside the lines” and are urged to speak up and make suggestions, even if they appear off the wall. Women are less opinionated and more flexible in considering alternative approaches.

19. Women are better at recognition and reinforcing positive behavior.

Since women have the major role in early child development, they have come to understand a little better that good behavior needs constant reinforcing, while bad behavior needs correcting to the targeted or desired behavior by the carrot more often than the stick.

20. Women understand how important personal contact is in networking. No e-mail, voice mail, or gift will ever replace the value placed by taking time to be there in person for someone you care about. This is as true for adults as it is for children. Being there in person shows how much you really care.

21. Women are geared to surprises! More than anything else, this new year of 2016 will be full of surprises. Women have had to endure surprises and constant change in their personal lives as well as function in a male-oriented business and political climate for the past century. Although women may have been security-seekers more than risk-takers in the past, they have had to study more, work more and contribute more than men in pursuing their dreams.

The ability to tolerate uncertainty, combine a variety of roles, and hold things together has been a hallmark of women’s development. Patience and persistence are virtues that will bring women to the forefront of leadership in this global society in a millennium filled with surprises.

Many men may disagree with me or criticize me for this assessment.

I am not pandering to women, I am elevating them to the leadership role they truly deserve.