Saturday, March 4, 1961, was a crucial day for Chicago, Illinois… and network marketing history.

J. Earl Shoaff was the President and Co-Founder of a food supplement company called Nutri-Bio. Formed in July of 1957, the company crafted a vision unmatched at the time.

Positive thinking, positive eating, and positive living were the core values that drove everyone who became involved.

On that day, around 5pm, an F2 Tornado struck Chicago’s South Side, leaving an estimated $7 million in damages. At that same time, Mr. 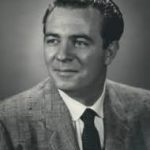 was wrapping up his speech in the ballroom at the Conrad Hilton Hotel.

One event destroyed while the other created.

In the middle of the storm, people were inspired, enlightened, motivated, and were shown a vision of all that was possible for themselves and for all of humanity. That day, rising like a Phoenix out of the ashes of the Chicago destruction, LEGENDS were created in that ballroom!

Jim Rohn was in that room!

As the brand new Executive Vice-President of the Canadian division, Jim was on stage with his mentor, and personally witnessed this incredible moment in network marketing history.

Nutri-Bio was more than a corporation.

It was more than a food supplement company.

It was more than a group of dedicated individuals.

It was an IDEA!

An idea you carried in your heart, in your mind, and in your being.

This idea crafted a magnificent vision of a future they were excited to be a part of. A vision that pulled them in like a magnet. It represented the very best of life.

This idea attracted people of the highest caliber. People who have directly and indirectly influenced millions and millions of others. People who are recognized as the master builders and prime movers of network marketing profession. 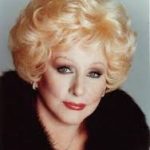 And SO many more!

We’re Talking About The Very ORIGINS of Network Marketing!

In 1964, William Penn Patrick took these ideas and formed a cosmetics company called Holiday Magic. This company is where “Dare To Be Great” Legend Glenn W. Turner got his start.

It is where Sales Legend Ben Gay III got his start.

It is where Entrepreneur Larry Huff got his start. 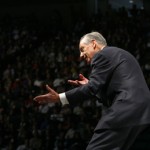 here Zig Ziglar continued to hone his skills and attitudes.

In 1966, Bill Bailey took these ideas and started a company called Bestline Products. Robert DePew, Jim Rohn, and Larry Huff joined and helped build Bestline into what was described as “Camelot”.

Bestline Products was where the iconic Larry Thompson got his start in 1967. The 19 year old “long-haired hippy construction worker” used what they taught him to become a NINE FIGURE EARNER in the profession.

Larry Thompson passed his knowledge on to Jeff Roberti, who used it to become an eight figure earner, closing in on nine figures himself. 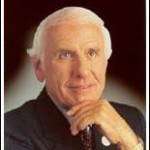 , Jim Rohn was giving a seminar in California. In his audience was a young Mark Hughes who was ready to put what he learned into action. Mark had already met Larry Thompson in a company called Golden Youth and, together with Jim Rohn, they built a mega-giant called Herbalife. When Mark Hughes passed away, he was worth $400,000,000! 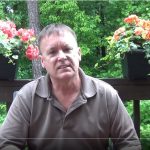 A young IBM worker, born in a town of 400 called Stamping Ground, Kentucky, heard a cassette tape by Zig Ziglar that opened everything up for him. That man’s name is Dale Calvert who became an eight figure earner and now shares all he has learned with people all over the world.

March 4, 1961 was indeed a momentous day because, in the midst of tragedy, something miraculous was born that continues to inspire and motivate generations of network marketers some fifty-five years later.

Once again…thank you, Mr. Shoaff!

A Momentous Day in Network Marketing History! by Ron Henley 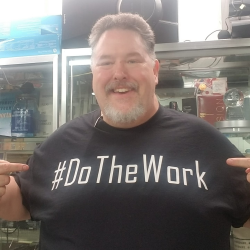 Ron Henley
Ron Henley is recognized around the world as a leading authority in the areas of success and the power of personal development. He is also recognized as the preeminent expert on Network Marketing history along with the core values and concepts that the profession was founded upon.

Using his encyclopedic knowledge of his craft and his profession, he has researched and field-tested his methods through three decades of hands-on experience. The information he shares is loaded with powerful, proven ideas and time-tested strategies that people can immediately apply to get better results in every area of their lives.

Through his books, videos, audios, newsletters, and all forms of social media, he continually reaches people around the world on the concepts of mindset, attitude, goal setting, leadership and many other subjects of personal and professional development.

He heads his own thriving corporation, Ron Henley International, and has proven himself to be a true and unique success resource for people all over the world.

This whole journey began when, 37 years ago, he met an incredible mentor named Jim Rohn who shared a success philosophy that changed his life. That chance meeting started Ron on a path of personal development, success and achievement that has led to an exceptional, fulfilling life. He now invests his resources paying that incredible gift forward.

For the latest updates and developments, find Ron on Facebook at Facebook.com/coachronhenley

Latest posts by Ron Henley (see all)
No rating results yet