Are Home Parties Still Worth It? Still Necessary? by Kathleen Deggelman

Are Home Parties Still Worth It? Still Necessary? YES! I have 8 plus years experience in the industry and have some thoughts about this. With the age of the internet tools we have available today and all the ways there… 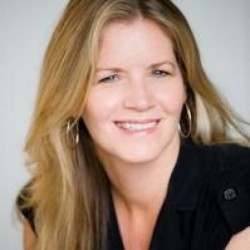 Kathleen Deggelman
After working for other people in big companies for more than twenty years, Kathleen Deggelman realized she needed to break free of the corporate world and start her own business. Her first venture was real estate. And though she quickly became a top-producing agent, and even a successful real estate investor, something was still missing.

Though the money she was making was plentiful, Kathleen wanted to be in a position to help people with something more life-changing than buying or selling a house. She wanted to help people gain control over their finances and learn the principles she had learned with her experiences in several wealth-building communities. Her heart was guiding her into true entrepreneurism.

When the real estate market became riskier, Kathleen knew she needed to look, at the very least, for an additional way to make money. She also thought she might find a new full-time business. She found it in network marketing, “I fell in love with the business model,” says Kathleen.

Kathleen saw that not only could this business model allow her to continue to have the kind of financial and personal freedom she wanted; it could also give her the opportunity to make a significant impact in people’s lives. She knew how to help people build wealth and gain control of their finances. Network marketing was clearly a vehicle that would finally allow her to share that information. And just as she did in real estate, Kathleen quickly rose to the top of the MLM world. She became the first and only single woman to reach the top ranks of her company at the time.

One of Kathleen’s favorite quotes is from Zig Ziglar. As Zig always said, “Help enough people get what they want and you will get everything you want.” She had found her dream life and calling.

In less than two years, Kathleen built a multi-million dollar networking distributorship and helped thousands achieve financial success and freedom. Many of the people she has worked with have became millionaires because of what she taught them.

Latest posts by Kathleen Deggelman (see all)
No rating results yet