Are You Coachable? by Jeanette S. Lopez

The Network Marketing Magazine > Archive 2017 > March 2017 > Are You Coachable? by Jeanette S. Lopez

Most people would instantly say, “Yes. I am coachable”; However, not everyone really knows what the question truly means. “Ultimately, how well you hear and apply feedback determines whether or not you are “coachable.” Here is a great definition on… 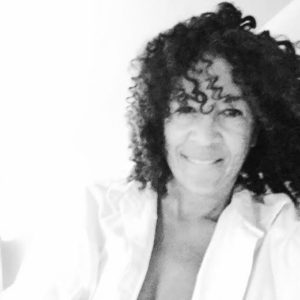 Jeanette S. Lopez
Becoming an entrepreneur in her late 30's was more of a necessity than an innate knowledge of her gifts or calling. Re-fining her goals from an Interior Designer/Artist to an Entrepreneur was the beginning of a soul-searching journey after becoming homeless in Seattle with two children under 6 years old.

 In 2010, Jeanette realized that the Network Marketing business model was the synergy that was supposed to happen for her DBA, SynergyPays.

 Met Mr. George Madiou in a fateful encounter on the Eve of 2017. Became contributor to theNetworkMarketingMagazine.com in January 2017
and is also now the executive assistant within the 27%er Success Membership. Her goal is to expand on theHispanic branch of the 27%ers program and head a Women’s 27% empowerment group as well.

 Her brand, JeanettteOnTheNet! Is now developing into a Blogging/Vlogging and PodCast presence with the associations through TheNetworkMarketingMagazine.com

 She has recently become a Social Media Consultant with an elite group out of Montreal.So now, her portfolio represents, Personal Development and Business Development for the entrepreneur.

 She is affiliated with The Professional Writers’ Alliance and as an aspiring Travel Writer.

If you would like to learn more about Jeanette, make sure to listen to her poignant and authentic story in November's issue, "StoryTelling".