It’s about the personal development and the wealth-building attributes of Network Marketing. There’s nothing else like it in our society and economy today. Richard Brooke grew up on a 3,000 cattle ranch in what is commonly known today as the San…

This content is for 27 Percenter Success Annual Renewal with almost $900 of success BONUSES!, 27 Percenter Monthly Renewal, and 27 Percenter Lifetime members only.
Log In Register 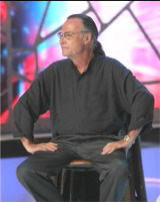 John Milton Fogg is an author, editor, speaker and coach. His books and audios have sold over three million copies worldwide.