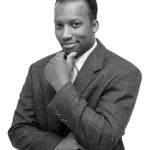 Always remember that you can have access to all of the fresh oxygen in the world, but if you don’t breathe— you won’t get far; thus, you got to take the action.

Yep, that’s right… This year (2006), I’m celebrating my 19th year in this industry. During this period of time I’ve operated within this Industry as an Independent Distributor and have earned overrides on organizations of thousands upon thousands of distributors worldwide, I’ve consulted with Multi-Million Dollar Multi-National Network Marketing Companies, I’ve coached distributors who have gone from flat broke to flat out rich, I’ve earned as much as $200,000 for conducting 90 Minute Training Sessions at MLM company events, I’ve built one of the Top MLM Training Companies in the entire World, and most of my friends that I hang out with are distributors, trainers, and company owners in this industry who earn Millions of Dol NULL We ALL agree with the basic premises of the discussion that’s contained in this article. And even with all of this “History” and “Connections”, and “Collaborative Multi-Millionaire” agreement, etc. I still come across people who choose to get “Creative” and use there “Brilliant Thinking Abilities” to completely “Reinvent the Wheel” and “Do It Their Way”… We say, “Go To An Event”, they say, “I’ve already been to one”… We say, “Read a Book”, they say, “I don’t like to read”… We say, “Talk to People”, they say, “I wouldn’t be interested”… We say, “Consult with your ‘Successful’ line of Sponsorship”, they say, “I know more than they do”… We say, “Listen to a Tape”, they say, “I don’t have a tape deck in my car”… We say, “Engage in Personal Development”, they say, “That stuff doesn’t work”… We say, “Ok… Then why don’t you simply Engage in Action”, they say, “I don’t like the System”… We say, “Do you really want to make this work?” they say, “Yes, but I don’t really believe it will”… We say, “We can show you Dozens, even Hundreds, even Thousands of people it has already worked for”, they say, “Yea, but they were lucky”… We say, “What if we can show you how they ‘Got Lucky’ and how you can do the same?” they say, “I don’t believe in Luck”… We say, “Do you really want to monetize this opportunity or do you only want to Philosophize it?” they say, “What does monetize mean?” We say, “Listen to this tape and it will explain it to you in detail”, they say, “Remember, I don’t have a tape player.” We say, “Ok, we also have it on CD”, they say, “I don’t have time to listen to it, can’t you just tell me”… We tell them… They don’t hear it… We show them… They don’t see it… We demonstrate it for them by doing it… They don’t appreciate it… We say, “Ok, you missed the last event, how about registering for the next event”, they say, “Nah, it’s just another one of those Rah, Rah sessions Remember that Personal Development stuff doesn’t work anyway.” We say, “With all of that thinking you’re doing, have you ever stopped to think that the thinking that you have been doing has produced the bank account you currently have?”, they say, “Yea but I don’t know any other reason why I’m broke, busted, and disgusted so it must be because this, that, and the other doesn’t work because I’ve been doing this, that, and the other for 3 years now and I’m still broke, busted, and disgusted.” {Ok, they really don’t say that, but that’s probably what they’re thinking}… I’m sure by now you get the point. Some of you may have even come across a few of these people in your organization. Many of them are very intellectual; however, it could be that very intellect that’s creating the thinking that they currently have which is creating the results they are currently producing. The sad part — once again — is they simply don’t know what they don’t know… UNDERSTAND THIS:

YOUR BEST LEVEL OF THINKING HAS GOTTEN YOU TO WHERE YOU ARE TODAY!

This realization was the moment my life started to change. I mean, when I first got in Network Marketing, I felt like I was a pretty “Smart” guy. I was in University and was getting all A’s and an occasional B; thus, I knew I had some intellectual fortitude. Nevertheless, I was broke, busted, and disgusted. Why? BECAUSE I DIDN’T REALIZE THAT SOMETIMES THE BEST WAY TO GET WHAT YOU WANT IS TO BE WILLING TO LET GO OF WHAT YOU HAVE… I had a lot of preconceived notions about what it took to become successful. And my preconceived notions had me working at a 7-11 store making about $1,500 per month.

For Example— I didn’t know that the following was a major part of what determined whether or not someone became a “Victor” in life or a “Victim”… Here’s the Short Version: 1. VISION… A person’s Vision of what their life was to be about greatly determines what their life was actually going to be about. BUT VISION WASN’T ALL OF IT! 2. VEHICLE… A person could have a great Vision and a great reason “Why” they desire that Vision; however, without the proper Vehicle that could allow them to efficiently and effectively manifest that Vision, their probability of making it happen decreases tremendously. For example, if I had a dream of going to Australia from the U.S., no matter how powerful that Vision was, the Vehicle of walking or riding roller skates or even driving an automobile wasn’t going to get me there. [Of course, other things could occur that could make it more probable for it to still happen, such as a bridge could be built from the U.S. to Australia that could eventually allow me to drive the Vehicle of a Car over there; however, I probably wouldn’t want to wait for 200 years for that to take place.] BUT A VEHICLE REQUIRES SOME FUEL IN ORDER TO PROPEL IT FORWARD. THIS IS THE PART WHERE PEOPLE FALL OFF OF THE SUCCESS EQUATION MAJORLY. 3. VOICES… The Voices that are constantly in a person’s mind will ultimately determine whether a person MOVES [Moving is the ACTION PART of the equation which of course we all know that if there is no ACTION there is no trip from the U.S. to Australia.] Thus, the ACTION part is basic logical common sense. The KEY is what TYPE of ACTION will a person take? EMPOWERING ACTION or DISEMPOWERING ACTION? That will depend, in a greater amount than most people understand (or are willing to understand) on the type of VOICES that are constantly entering their consciousness. [THIS IS WHERE STUFF LIKE PERSONAL DEVELOPMENT COMES INTO PLAY] Ouch, not the “P” word… Yep, the “P” word… And I’ll say it again… PERSONAL DEVELOPMENT… There you have it. Three Quick Steps to the “SUCCESS EQUATION”. Yes, it’s basic and elementary, and there is a lot more that goes into each step… However, there it is in a Nutshell. Now since we’ve exposed the “P” word, here’s a quick point about Personal Development.

That, of course will be based on the type of VOICES that are constantly entering our Consciousness. EMPOWERING OR DISEMPOWERING. Now of course, even saying all of this, there are still people who have already made up their mind that PERSONAL DEVELOPMENT doesn’t have anything to do with the outcomes that people create in their lives. Remember, many of them simply don’t know what they don’t know and as I said in the beginning of this article, it’s one of the saddest aspects of this business for me.
For the record, let me add that most of the people who think this way are good people. They are intelligent people. They are people who would like to be “Victorious” in life and they have every ability and right to do so just like anyone else. However, in the end, they may allow what they don’t know that they don’t know to stop them from creating a Mega Masterpiece in the Industry of Network Marketing. Here’s a Key Point for you all to understand as it relates to Personal Development and Action… Action is the Physical Breathing, but Personal Development is the Oxygen— Without Oxygen, the Breathing part will only last for a short period of time— However, without Breathing, the benefits of Oxygen will not do us much good.

Thus, when it comes to people who desire to “Live” in this “Environment” it appears that these two (Breathing and Oxygen / Action and Personal Development) are indistinguishable.

Oh, but Jerry, which one came first? Hahahahahaha…