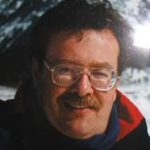 Frequently Asked Questions – About MLM and Network Marketing  Thought You’d Never Ask Here are answers to some of the most frequently asked questions about the network marketing industry. Q: Can I belong to more than one company? A: Most network marketing companies will allow you to belong to more than one company. However, most companies do restrict their distributors’ activities in promoting other companies’ opportunities and products. The most common policy allows distributors to introduce other opportunities only to individuals that they have already personally sponsored. In addition, most companies won’t let their distributors promote other opportunities or products at any company-sponsored events or activities. NULL