Fernando Laguda Has One Goal: “A million people making $1000 a Month!” By Clifton Jolley 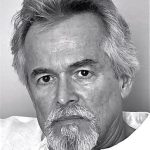 More than 20 years ago, I interviewed the president of Mary Kay and asked him: What is your goal for your Distributors?

While other presidents of less successful companies were focusing on “making millionaires,” he knew the power of direct selling is satisfying immediate needs… and a thousand extra bucks a month can make a dramatic difference in the lifestyles and futures of most people.

Fernando Laguda has a similar dream, but on a much bigger scale: a million people earning $1,000 a month. And he’s halfway to reaching his goal: he has a list of more than a million people built through his internet associations!

The other half of the equation is a company he launches this month: Travel Industry Pros (www.TravelIndustryPros.com), a company that combines his network marketing roots in travel with his new empire of internet design and resource management. 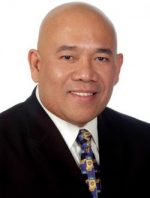 The Network Marketing “Why”

Lots of people will give you lots of good reasons for getting into network marketing. But the fact of the current economy is:

If you can’t make money doing it, you don’t have time to do it.

Twenty-eight years ago when people were trying to sponsor Fernando Laguda into MLM, they had a problem: “I already was making more money than they were making,” Fernando laughs as he Skypes with me from his international headquarters in the Philippines.

“I saw the potential of network marketing, and I decided that when I found a mentor who had been more successful than me, I’d be 100% committed.”

And he was… to the point of moving in with the couple!

“I did chores: cooked, mowed the lawn, whatever. All I wanted was to be where I needed to be to learn what I needed to know.”

Which included reading John Milton Fogg’s Book: The Greatest Networker in the World… the principles of which Fernando learned so well that Fogg would one day wind up in Fernando’s downline.

“That book was a great foundation, even though there are many lessons in it that have been supplanted by the modernization of network marketing. For instance, the 3-foot Rule has been replaced by Facebook and social networking… but the principles remain the same.”

Fernando bounced from one company to the next as he tried to find a home, building relationships with tens of thousands along the way through his internet postings. Like many who have had dreams inspired and disappointed by MLM, Fernando quit network marketing three times because of companies that failed from the top down, failing to keep commitments to Distributors.

“In network marketing, you find the best and the worst companies in the world, and it’s sometimes hard to tell the difference. Especially at the beginning. I believe I have a fiduciary responsibility to the people I sponsor. Too many companies see Distributors just as customers rather than partners. The first time I got to the inner circle with a company, I told them my job was to make them look good… but theirs was to make me and the team look good… and if the success we brought the company wasn’t appreciated, they were off the team!”

Fernando began his network marketing career in the wave of travel companies that swept through the industry in the mid-90s, winding up in Metabolife, which in four years he helped take to a billion dollars a year…only to see the products wind up in WalMart.

Discouraged by the sense of privilege exhibited by leaders at the top and the lack of loyalty to the field exhibited by executives, Fernando left MLM and went to direct sales radio advertising of weight loss supplements.

“I treated the radio programmers with the same respect I treated my downline, and our sales rocketed. Did really well until 9/11. Then no one would go to the malls. I had overhead, but no sales. Then came the witch hunt of ephedra, and the party was over.”

But all along the way, Fernando had continued to do well with customer acquisition, building a list that grew by tens of thousands, preparing for his return to network marketing, but with a new “Why” driving his enthusiasm.

“I had begun with a goal for myself, and I’d achieved that goal by respecting the goals of Distributors in my organization. Now I began to realize how little my story had become about me, and how much it had become about others.”

Fernando had succeeded into discovering the truth preached by Zig Ziglar:

“You can have everything in life you want, if you will just help other people get what they want.”

And he also had discovered what isn’t true.

Wherever you live, you live in an economy. Most people who get into MLM don’t make any money. How is that free?

What difference does being the boss make if you don’t have a real business?

Too often the “middleman” is you!

4. “We pay you instead of advertisers.”

Too many companies don’t pay the advertisers or the Distributors.

5. “We will replace your full-time income.”

Network Marketing today is driven by social media… and most people will never do social media full time.

Too many owners don’t listen to what Distributors have learned by working in the field…and as a result, they don’t give Distributors what they need to succeed.

7. Too many uplines want to be rich rather than to serve.

8. Too many grifters and too few leaders.

9. Too many black holes where there should be character.

10. Too many companies have not kept up with the times.

Fernando had been born in Philippines, but his family followed his mother to the United States when she graduated as a nurse from the University of Illinois. Fernando’s grandfather had been a successful politician in the Philippines. His father had a degree in criminology, but the only work he could find in America was as a laborer. So, Fernando grew up understanding the benefits of both hard work and having a profession. Working in network marketing provided him an opportunity to exercise the skills he learned from both his mother and father.

A six week vacation in the Philippines convinced him: while others were focusing on compensation plans and product offerings, he could turn the communications power of the Internet into a resource that could turn his “Why” into “What”:

A million people making a thousand dollars a month!

Fernando’s experience managing his own network marketing organizations caused him to conclude:

“Traditionally, most downline management has been fighting fires—responding to questions, dealing with complaints, gossiping. You name it, I’ve done it. And I’ve learned that while you’re fighting fires, you can’t build. That’s why so many people sponsor a couple of friends, and that’s as far as they go. They get a few people to talk to, and they talk!”

“A lot of MLM leaders actually become addicted to crisis. And addicts not only do what they know, they create and encourage what they do. That’s one of the reasons so many MLMs have so much trouble with some of their top leaders: from the beginning they’ve been conditioned to believe they are fire fighters who really are fire starters.”

“The Internet and free search at once makes a lot of chatter unnecessary while eliminating the temptation to pretend you are networking when in fact you are just talking. Where once we all practiced the Three Foot Rule, we now Copy, Paste, and Post. Click and Share.”

The new vision of networking is not only duplication but replication.

A System for Momentum Marketing

If that sounds too much like automation, Fernando says you’re missing the point:

“It’s about time we really did what we claim to do: Work with people. Provide them a plan. Give them the tools. Empower them beyond list making and warm markets.”

To accomplish that goal, Fernando has returned to his roots in travel, partnering with one of the largest aggregators in the travel industry to provide a resource unlike anything direct selling has seen before: TIP, http://TravelIndustryPros.com

“Unlike travel programs of the past that slam Distributors and customers with big fees and unwanted services, we begin with a 30-day free trial and then provide customers the opportunity to choose which services they want. Why should someone who uses Uber pay for discounts on rental cars? Why should someone who drives to a resort near their home pay for airline packages?

Customer of the TIP program get to try out the program for a month free—without making any commitments—then choose only the services they want from a broad range of discounted programs they have already tested and know they need and want.”

To test the program, I put a seasoned discount traveler on a conference call with Fernando. He was planning a trip to Disneyworld with his family and planning on spending $450.00 a night at one of the better hotels. Fernando went online at TIP and in a few minutes saved him nearly $200 a night!

A great service program with real value is fundamental to a program and that has legs. But many opportunities fail because companies don’t provide Distributors the resources they need to build a business and to succeed over time. Which is why Fernando has created an online system with a support group of more than 50 internet designers in the Philippines and India (www.socialwebsitepros.com) providing state-of- the-art online tools and systems that are at once robust and user friendly… tools he is not only using to power Travel Industry Pros, but is sharing with other companies in direct selling and throughout the marketing and manufacturing communities.

“We have an ecumenical attitude,” Fernando says. “What makes network marketing stronger makes us all stronger. That’s why we have grandmothers in TIP who have never before been online and who now are building organizations of hundreds that soon will be thousands,” Fernando says with understandable satisfaction. “And we have seasoned pros who tell us they have never seen a system that is so simple. When you join TIP, you Copy, Paste, and Post. It’s an internet-powered system anyone can begin and manage from their home.”

Travel Industry Pros launches October 1, 2016, but Fernando Laguda already has reasons to trust in the success of the launch… over a million of them! But he knows the number of people around the world who have learned to trust him in the past is not sufficient to assure his success in the future.

“In network marketing,” Fernando philosophizes, “people have a right to ask: What have you done for me today! And I’ve put everything I know about direct selling, travel, leisure, and the internet to give them an answer that is user friendly and robust… an answer so powerful that it is creating a disruptive business model to change the way network marketing will be done for years to come.”

Submitted for publication in The Network Marketing Magazine, All Right Reserved

Fernando Laguda Has One Goal: “A million people making $1000 a Month!” 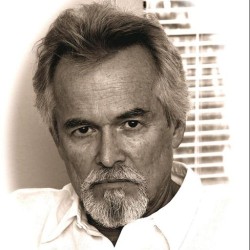 Clifton Jolley
Dr. Jolley consults to Network Marketing C-Level executives as well as to traditional companies such as Nokia, Maidenform, bmiSMART, and others. For more than 20 years he has provided MLM companies with marketing communications, corporate and field leadership support, crisis mediation, and services ranging from speech writing to content development of websites, audio/video, and media relations. His Aunt Delila and Grandmother Holt were two of Shaklee’s first Distributors long before Dr. Jolley left a career as an Assistant Professor of Communications and newspaper columnist to serve companies such as Herbalife and Nikken (where he consulted for nearly 15 years, the last three as chief of marketing and communications).
clifton@adventcommunications.com • www.adventcommunications.com • 214-497-0084