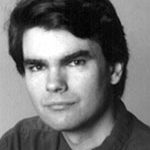 FTC to wipe out MLM industry in July From the TransformingMLM.com/Weblog posting April 30, 2006, and MarketWave ALERT #60 April 29, 2006.  Len Clements is the ‘thinking Network Marketers’ best friend… or, one of them. And although my watchdog pun may be a stretch… for over 15 years now, ‘old’ Len (don’t let his Dick Clark looks fool ya’) has been a leading ‘authentic, intelligent, sensible’ voice for what’s right (and what’s not) in our industry. Hence, his place as a contributor to It’s time… At times Lenny does drop down into the realm of the sensationalistic (unlike the rest of us). Hence his ‘wipe out’ headline above. To be fair, Len’s just echoing (and playing off of) the ‘Chicken Little’ fears of a frantic few MLMers and their hipNOTic hypester mouthpieces for whom ‘clear as mud’ is par for the course. WTH am I talking about? Two things below: First, the FTC’s proposed New Business Opportunity Rule from MarketWave Alert #60, sent and received yesterday (April 29, 2006). The FTC’s own appears first. Len’s Commentary after. – John Fogg  NULL FTC Proposes New Business Opportunity Rule The Federal Trade Commission is proposing a rule to protect consumers from bogus business opportunities and further enhance law enforcement efforts in this area. The rule would cover business opportunities commonly touted by fraudsters, while minimizing compliance costs for legitimate businesses. Currently, the FTC brings law enforcement actions against fraudulent business opportunities under two laws, the Franchise Rule and the FTC Act. Neither is specifically designed for the unique scams that occur frequently with business opportunities. The FTC has brought more than 200 enforcement actions against business opportunities using the Franchise Rule since it took effect in the 1970s, and numerous cases against work-at-home and multilevel marketing companies under Section 5 of the FTC Act. Since 1995, the Commission has conducted 12 sweeps on business opportunities. The proposed rule would eliminate the $500 minimum investment requirement from the Franchise Rule, meaning it would apply to all business opportunities, even if they have a smaller start-up cost. The proposed rule also would eliminate many of the 20 disclosures that are required for franchises (trademarks, for example), but do not apply to business opportunities. Instead, the proposed rule would require a one-page disclosure addressing five items: whether or not sellers make earnings claims; a list of any criminal or civil legal actions against the seller or its representatives that involve fraud, misrepresentations, securities, or deceptive or unfair trade practices; whether the seller has cancellation or refund policies and such policies’ terms; the total number of purchasers in the past two years and the number of those purchasers seeking a refund or to cancel in that time period; and a list of references. The proposed rule would not require any business opportunity seller to make an earnings claim. However, if they did make an earnings claim, they would be required to provide additional substantiation in the form of an “Earnings Claims Statement.” The proposed rule also would prohibit unfair or deceptive practices that are common among fraudulent business opportunity sellers, including: * misrepresentations about the material terms of the business relationship; * the use of shills; * misrepresentations of endorsements or testimonials; * failure to honor territorial protection guarantees; * and failure to honor refunds. The proposed rule takes into consideration the comments from the Advance Notice of Proposed Rulemaking issued by the Commission in 1997. The Commission is seeking comment on the proposed rule for 60 days after the Notice of Public Rulemaking is published in the Federal Register, followed by a 20-day period for rebuttals. The comment period will close on June 16, 2006, and the period for rebuttal comments on July 7, 2006. Comments should be addressed to the FTC, Office of the Secretary, Room H-135, 600 Pennsylvania Avenue, N.W., Washington, D.C. 20580. The FTC is requesting that any comment filed in paper form be sent by courier or overnight service, if possible, because U.S. postal mail in the Washington area and at the Commission is subject to delay due to heightened security precautions. The Commission vote to approve a notice of proposed rulemaking was 5-0. The FTC works for the consumer to prevent fraudulent, deceptive, and unfair business practices in the marketplace and to provide information to help consumers spot, stop, and avoid them. To file a complaint in English or Spanish (bilingual counselors are available to take complaints), or to get free information on any of 150 consumer topics, call toll-free, 1-877-FTC-HELP (1-877-382-4357), or use the complaint form at www.ftc.gov/ftc/complaint.htm. The FTC enters Internet, telemarketing, identity theft, and other fraud-related complaints into Consumer Sentinel, a secure, online database available to hundreds of civil and criminal law enforcement agencies in the U.S. and abroad. Len Clements’ Commentary: There are a few Chicken Littles within the MLM coup who not only claim such rules will destroy the MLM industry, and have been “fast tracked” to do so, but that the motivation for changing the existing Franchise Rule to this rule is sinister and based on greed. Allegedly the FTC is doing this so they can cast a larger net to scoop up more revenue in fines from cash rich MLM companies and successful distributors. It’s not, as the FTC has explained, to “protect consumers from bogus business opportunities and further enhance law enforcement efforts in this area.” While these alarmist conspiracy theories may be sensationalistic, they are not based on reason, logic, common sense, or the facts related to what’s actually happening in the real world. The sky above the MLM industry is going to stay right where it is. Here’s why:

1. The DSA is already actively lobbying against this proposed rule in an effort to have direct sales and MLM companies excluded.

I have received information directly from the person leading that effort (a member of the DSA Lawyers Council & Govt. Relations Committee) who is involved in recent and ongoing discussions with the FTC. I was informed that the FTC has not “fast tracked” this new rule and that it will likely be under review for another year or more. Also, it’s very rare for such proposed rule changes to not undergo significant alterations over time. Furthermore, the FTC has allegedly expressed a willingness to work with the direct selling industry (including MLMs) to completely avoid or significantly reduce any detrimental impact the rule may have on legitimate companies. The DSA lobbyists seem to have little concern that this rule would wipe out the MLM industry. Considering 85% of the DSA member companies are MLM, and if the MLM industry gets wiped out the DSA would get wiped out, I would expect them to be more concerned.

2. The MLM industry adds about five billion dollars annually to the U.S. economy, and its 2,000+ companies and over 7.5 million distributors…

… not to mention the dozens of vendors, suppliers, legal and consulting firms, publishers and trade organizations that service the MLM industry exclusively, all contribute hundreds of millions of tax dollars to the federal government, as well as to all local and state treasuries year after year after year. It’s unlikely the FTC is going to enact a rule that would wipe out this huge revenue stream. What’s more, it’s absurd to think that they are going to effectively end this ongoing annual influx of hundreds of millions of dollars just to get a few one time hits of a few hundred thousand dollars in fines and penalties.

3. There is, in fact, a lot of wealth within the MLM industry, on a corporate level and within the ranks of its member distributors.

If it were ever true that their livelihoods, indeed their co
mpany’s very existence, were in jeopardy can you imagine the millions of dollars, nay billions of dollars, this industry would bring to bear to combat such a rule? Amway alone (aka Alticor, aka Quixtar) would, I would think, spend millions on the best legal minds in the country, not to mention the kind of resources Herbalife, Nu Skin, Mary Kay and Avon would bring to the battle. And speaking of Amway, guess who is consistently among the top soft money corporate contributors (millions of dollars) to the Republican party the last few elections cycles? Guess who was among the top private individuals who donated millions to the Republican party? (hint: He’s an Amway distributor).

4. Several current and retired members of the Congress, House and Senate, as well as various high-ranking positions within state governments are MLM distributors.