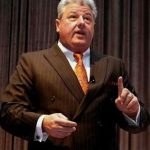 Carpe’ Diem—It’s about all the Latin I know.

Only a couple of words, but in any language it can’t help but add value to your day— and to your life, if you respond to the challenge.

I’m sure you’ve probably heard it before, but what does it mean to “Seize the Day?”

What if it were possible to Maximize it–without squeezing and scheduling the LIFE out of it?

I love how one of my teachers once described it,

“Michael, wherever you are- BE THERE!”

Hectic?  Too fast?  Too busy?  Can’t get everything done?

Not enough time—Join the crowd.

The common mantra of today’s society is “I need MORE TIME!”

The power in understanding time eventually reveals the secret that TIME IS BEYOND OUR ABILITY TO MANAGE IT.

Time management is a poor objective and “miscommunication.”

Time is oblivious to you and me, and our feeble attempts to harness it.

“Me” management is a much better objective.

Good students of life and work understand the difference between spending time and investing time.  One means it is gone forever, the other means it will continue to return rewards and results and great memories.

The next time you hear someone say “I don’t have the time,” look them in the eye and tell them how special they really are— “You’re getting the maximum amount of time the law allows!” (24-7, that’s all there is as far as we know, and you’re getting it right now)

The question is what will you do with it for the greatest return on results for your BETTER life? I’ve shared with many students and live audiences a few of my best lessons from almost 40 years— in the Marketplace, as well as a husband, father, and now grandfather…so here’s my short list of just a few things that have stood out for me over that time and given me a greater return in the process of GETTING BETTER!

First…3 BIG KEYS FOR A BETTER YOU–

BiG KeY 1: Make time for life, not just work.  Some clichés are true, like the one about “all work, no play” making you dull.  Life and work are much better when your tools are SHARP! (What are your LIFE goals?)

Quiet time, creative time, THINK time where you can be struck by the lightning of an idea! In his classic THINK AND GROW RICH, Napoleon Hill tells the story of an important individual he discovered who routinely would “SIT FOR IDEAS” in a quiet place.  Expose yourself to creative time and places, don’t ask how…if you search, you will find.  It is ancient wisdom that has been proven over and over.

Dr. Covey got it right in his book, some things that are urgent scream for our time while the really important things in life can sit quietly in the corner waiting for you to notice. Pay attention to what’s important and not just what seems urgent.

One day you’ll be glad you did…or maybe wish you had.

Laugh a little and take time for some fun.  A survey of top performers showed they spent 8-10 hours for recreation every week…or at least they said they did.  “Re-Create” your enjoyment for living every day.

The common thing to do is just complain.  Be uncommon.

Bonus Clue: Treat Life like it’s your job and then treat your job like it’s…just your job

(And not your whole life)!

ONE OF MY FAVORITE QUOTES, included in my book BECOMING UNCOMMON—

“Rest is not idleness, and to lie sometimes on the grass under trees on a summer’s day, listening to the murmur of the water, or watching the clouds float across the sky, is by no means a waste of time.”

To Your BIG LIFE, and to a BETTER YOU in the process,

**EDITORS’ NOTE: Michael’s book The 10 Commitments is available at www.MichaelYork.com Or contact him directly at [email protected]