How to speak the language of credit. Plus a Special Bonus By Elisea Frishberg

The Network Marketing Magazine > Archive 2018 > July 2018 > How to speak the language of credit. Plus a Special Bonus By Elisea Frishberg

How to speak the language of credit Stories are everywhere about the wonders of credit and its woes as well. Without credit, few people would ever experience home ownership, purchase a vehicle or major appliance, or even attend college. With…

This content is for 27 Percenter Success Annual Renewal with almost $900 of success BONUSES!, 27 Percenter Monthly Renewal, and 27 Percenter Lifetime members only.
Log In Register 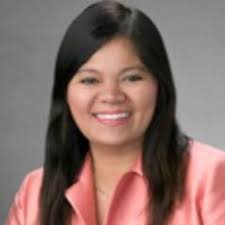 Elisea Frishberg was one of the very few who get to see the real story behind the scenes on Wall Street, as “The Street” evolved from a street corner into a global idea.
She spent more than two decades as producer and then executive producer of a major financial network, and serving as media mentor to many ofthe most popular and visible gurusandcommentators in mainstream media.
Eventually, Elisea realized that her real love was impacting the lives of real people, serving as stock and bond analyst at Barrington Financial, Inc. where her rare experience and understanding of the fixed income markets earned her the nickname, THE BOND QUEEN.
Elisea’s natural love of the investment markets, and her natural ability to inspire those around her has helped her to make a major difference in the lives of her clients, employees and her audience at large.
“We Americans won the lottery. Though I chose to come to the U.S., many of us were actually lucky enough to have been born here. We are at the center of opportunity. We have invented virtually everything worth inventing and the world wants and needs to emulate us. Financial opportunity has never been greater, and my mission is to help those around me to appreciate and skillfully benefit from our blessings.”