How to Become a Millionaire by Jill Koenig

Jill says, “If you want to achieve something you have never had before, you must become someone you’ve never been before.” I think she’s onto something! One of the greatest quantum leaps you will achieve in the advancement of your most cherished Goal occurs when your Goal transforms from being something that is a distant possibility to an absolute, unstoppable certainty. The good news is that you can begin creating that quantum leap today. Every Goal that is lofty, meaning it is beyond your current capacity, skill level or comfort zone, will require a major shift to occur in order to be realized. Big Goals are big because the distance from where you are now to where you want to be requires so much more of you than you are accustomed to giving.

“If you want to achieve something you have never had before, you must become someone you’ve never been before.”

NULL Before the shift, you are plagued with doubt. After the shift, you don’t just think you can do it, you KNOW you WILL. In fact, the Goal becomes so crystallized, it lifts you, it permeates every cell of your body and your heart sings with joy every day, every step of the way even before it manifests. Your Goals should be feeding you, motivating you and exciting you long before they are realized.

Get yourself in sync with your Goal.

Every person I have ever known who has achieved this shift, and created lasting change, has first recreated themselves to learn and embody the traits of someone who would own the Goal.

I am not talking about ‘fake it ’til you make it.’ I am talking about redirecting your thoughts, energy and actions into the type of person who would absolutely manifest that Goal. I will never forget the rapid advancements I experienced when I first began to understand this. It was the time I went from dead broke to seeing money start to flow through me. The result speaks for itself. I became a millionaire. I chose a few millionaires whom I admired, I studied them and then I modeled them. I saw that by adopting some of the traits and habits they practiced, that I was able to become more like them. I even modeled their mindset. It took some conscious effort on my part in the beginning, but I quickly realized that my Goal of becoming a millionaire was more than a distant possibility. Because I was becoming a millionaire within, it had become a certainty. I learned to think, act, walk, talk and feel like a millionaire FIRST and it became my identity inside me long before the money arrived.

I became a millionaire in my mind first.

High performing men and women are crystal clear about their Goals and have them in sight at all times because they are becoming or have become the Goal they desire.

Think of some people who have achieved a Goal similar to the one you desire most. What are some things you can begin doing right now that will cause the shift inside you? Who will you need to become? The greatest reward of Goal Achieving is not what you get, it’s who you become. Become the Goal and enjoy the journey. It’s a lot more fun! Live Your Dreams Jill Koenig 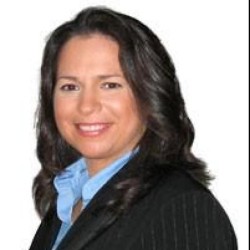