How To Build a Bigger Team by Michael Clouse 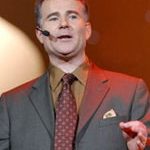 If we’re not systematically instilling this information into our new business-builders, we should actually expect them to quit as soon as they encounter any resistance at all Yes, by now you’ve probably been told (more than a few times I would imagine) that Network Marketing is about three things: prospecting, presentation, and duplication. And yet, if you’re like most business-builders, far too many of those you’ve already introduced to the business seem to be doing, well, nothing at all… Sadly the most often-heard solution to this seemingly unsolvable situation is, “Go talk to more people….” So without knowing any better you follow that advice – you find a few more prospects, present the business a few more times, and try to help those new ones get started – only to see them eventually drop out too. NULL What’s going on here? Is the old “Bring ’em in the front door faster than they’re leaving out the back door” antiquated approach any way to build a solid business? Well, the simple answer is, “No!” And yet to this day that same old mantra, “Go talk to more people….” is still being shared by many as the only solution to the dropout dilemma they’re experiencing throughout the organization! Unfortunately, for most first-time business-builders, their eventuality is as predictable as it was preventable. The prediction, of course, is that far too many who’ve been sponsored will eventually quit the business – usually justifying their untimely demise because someone told them, “Network Marketing is a bad idea;” or they felt that “It took too much time and cost too much money;” or my personal favorite, “No one really helped me.” And splat! You’ve lost another one… Road kill on the highway of success! But what if there were a better way to grow your Empire than the ridiculous, one step forward, two steps backward, “Go talk to more people….” approach? Well, actually, there is… No, I am not suggesting the “You just need to sponsor five prospects and teach them how to sponsor five more…” ill-advised plan either.

Because if you truly want to succeed in Network Marketing, and achieve the top pay level in your company, an on-going sponsoring plan will need to become – like eating, or bathing, or dressing each day – simply part of the process of life.

What I am saying (and have been for years) is prospects that are progressively educated about Network Marketing build bigger businesses, and in turn become better leaders, than those who are not. And yet to this day most well-intended business-builders still don’t have a progressive plan in place for the initial (not to mention the on-going) instruction necessary for the survival of those they have personally introduced to their company.

Now if that’s true – and it is – why do we seem surprised when those who haven’t been progressively educated quit the business? On the contrary; if we’re not systematically instilling this information into our new business-builders, we should actually expect them to quit as soon as they encounter any resistance at all – and we are rarely disappointed! Therefore, if you’re ready to build a bigger team – and actually keep more of the people you sponsor – try this three-step, belief-building system: First, provide every prospect with something to educate them about the Network Marketing industry. Second, after they have sponsored in, immediately offer every business-builder something to teach them the basics of the business. Third, after your new business-builder has been involved for 30 days or so, give them something to keep them moving in the direction of their dreams…

Because when you use a step-by-step system that progressively builds belief in every person you sponsor, you will then realize, firsthand, the awesome duplicatable power of a thriving, well-educated, organization.

Now that’s how you build a bigger team! All the best, MSC