It’s not about Me, it’s about You By Dale Calvert Article & Video Hey George The Network Marketing Magazine subscribers, I hope you’ve had a great month. This month’s topic is… It’s not about me it’s about you.

Everybody talks the talk but very few people walk that walk.

Zig Ziglar told us in the beginning when I first started early in the profession that….

“We can have anything in life we want if we help enough other people get what they want.”

Of course, the profession is constantly spouting that quote. They spout that quote and it sounds so good because it’s really what this profession  sincerely is about.

The top reason by far is to make more money

It’s 80% of the people that got involved was to make more money. Now contrast this with getting involved to build a business. That group is  like 9% of the people. What’s the difference in the mindset when you’re in the marketplace? When you’re out there, are you out there to make more money or are you out there to build a business?  One’s a very short-term mentality and one’s a long-term mentality.

So again, a lot of people are here to build a business and to help other people get what they want. That’s the right thing to say. But the actions of people within the industry contradict that. It doesn’t matter what you say it’s all about what are you doing and to think that people don’t know the difference is naive. It’s naive so I’m going to share one concept with you it’ll help you think about it and understand where you are.

Then there is the third type of person, they are very money focus. Everything’s about the money. It’s about getting a bigger this and a bigger that. More of this more of that. Having this having that. It’s very money focused. Money focused in and of itself is not bad, because money only makes you more of what you already are. If you’re a little bit greedy you’re gonna be a tyrant when you get the money. Money makes you more of what you already are. But  money focus can turn into greed real quick. For a lot of people those people can end up on episodes of America’s greed they end up on something like that because it’s never enough it’s just it’s never enough no matter what. It doesn’t matter what they accomplish they’ve got to have more, gotta have more, got to have more.

So there’s three types of people, value focused, income focused, money focused. Bottom line you can have anything  in life you want if you help enough other people get what they want.

This has to be the way that you do your business every day. “But Dale how can I help people get what they want when I don’t have what I want yet.

Your long-term income in this profession is in direct proportion to the number of people that you develop on your team.

Find the right mentor, get plugged in, get serious,  understand it’s about the value you provide to the  market that you serve!

Hope that helps you guys! Have a great June, talk to you next next month! 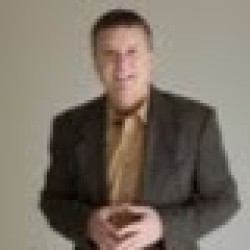 Dale Calvert
Dale Calvert started his first business from his parents home at the age of 14. For the past 25 years he has been supporting entrepreneurs and marketing professionals with some of the most powerful training programs in the industry.

MLMHelp.com is Dale's Catalog site featuring training articles, quotes and poems, MLM greeting cards, and more. This is where you can subscribe to Dale's Top Rated Ezine.

Dale Calvert is a 25 year marketing professional. A directory of Dale’s websites can be found at DaleCalvert.com. His new course will teach you 21 Ways to create leads in your local market. You can get all the details at LocalMLMLeads.com

Become a 27%er Monthly Success Member and get on an incredible journey of growth!

To help make joining our program a no-brainer, this monthly membership is …..

“So if I asked someone to give me a dollar and I would give them $900 in return,

how fast would they do that and try out our offer?”