It’s About You Inc. by Toni Brown 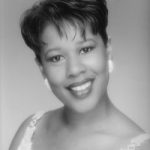 Most people in the network marketing industry don’t realize that the biggest asset you have in your business is YOU.

With that being said, YOU can be the big draw or the big drawback. The best way for me to illustrate this concept is through a story. For several years I was a part of a thriving network marketing company that sold personal care products. For the 5 ½ years that I was a part of the company, I began to grow and develop into a blossoming up and coming leader. Eventually, after a lay-off from Corporate America, I catapulted to the top of the compensation plan. When that I happened, I began to travel all across the country training not only my personal team, but anyone that would attend our events. I even began to speak on the main stage at corporate events. I eagerly and openly shared everything I knew and had learned over the years and people thanked me for it, even when some of my team members said I shared too much.  NULL

Eventually, I poured my heart out in a book called, “Quantum Leap: How to Make a Quantum Leap in Your Network Marketing Business,” and as folks began to pick it up and read it, the testimonies began to pour in. After that I began to develop what some folks might call “a following,” that I could only explain as being a direct result of the service that I had been providing. So, fast forward to August 2007, when the company that I was with had a split in the corporate leadership, and the head, as well as face of the company and the brand was forced to leave. The company buckled at the knees. What I understood very clearly was that there was no way it would be able to sustain such a loss, so I left shortly thereafter. Within four months of that event, the leader of the old company decided to start a new one and after several reconciliatory conversations, I decided to join her. Once the word got out, people began to call and email me and the company in droves. Within 12 short months, I was able to grow an organization of over 1100 members. The company grew even larger than that based on the strength of the corporate leadership and what she had provided to others in the past.

This proved to me in real-time a concept that I’ve always known which is that people don’t follow companies or products, they follow people and if you are the type of person who is a servant leader, who has helped others in the past to have success, they never forget it.

Also, if they see just a portion of themselves and their future in you, they will follow you, because network marketing is not about the product, the service, or the company it’s about YOU. And with that being said, many people will have to ask themselves what does their You, Inc. represent? Does it represent something that attracts or repels? Are you attracting people? Or are you pushing them away? That’s where the personal development component comes into play. In network marketing your income will always match your level of growth. More often than not, if you haven’t changed and grown as a person, your income will take you right back where you’ve started. It’s like lotto winners, they win a big windfall of money and because their mindset is still based on poverty, they go right back to what’s familiar and their pocketbook immediately follows. At the end of the day, everyone involved in this industry absolutely must understand that it’s about YOU. The failure or success of your network marketing career is in your hands. No one else, so don’t place blame. You have to be the person that can handle all types of situations and people. You have to be the one that is transparent and open. You have to possess all four of the main attributes of the four personality types because everyone has to see themselves in you, and when this happens, you will began to grow a following that will eventually make you a network marketing Rock Star, and with personal growth and development, you may even become Legendary. 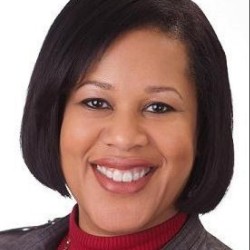