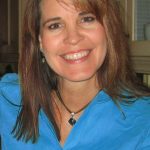 Scent-Sations is the fourth networking company Jackie’s been with and she’s clearly learned how to do it right. She at the top of the pay plan with a growing organization of 3500 people. Partnership and personal growth are the keys to her success and lifestyle is her reward.

You can learn what you need to know about the basics of network marketing in less than an hour: How to talk to people, how to develop your elevator speech, how to use your products, show the plan, those kinds of things but the real growth begins when you move into developing yourself. Whew!

How did you first become aware of network marketing? I actually first became aware of network marketing when I was 19 and I was introduced to Amway. I didn’t really understand ‘network marketing’, that terminology never came up. I wasn’t interested, because of my age, mostly, but I never lost the concept of the circles and residual income. So, that was my first exposure although I didn’t do anything with it.  NULL Fast forward about 10 years and I’m a new mom and I want to be home, but I also want an income. I love being a mom but I’m one of those moms that need something else, too… something in the adult world. My dad always had his own business and that entrepreneurial spirit has always been in me. I’ve always looked around at all kinds of things that I might do to earn an income. So, I was really researching a lot of things I could do from home. I was looking at data processing and things like that, but I quickly realized that my income would be strictly limited to my available time and some of that would require set hours dependant on the clients’ needs and deadlines. So, that wasn’t really what I was looking for and it didn’t intrigue me. I continued looking and everything kept pointing me back to the network marketing industry.

Books that I would read, work at home magazines, different things like that kept pointing me back. I was pretty skeptical, not because I was educated about it, but just from things I had heard from other people.

I came to find out that little of that was relevant to me. So I decided to research it on my own and came away with a pretty good impression, overall, of what network marketing could be and I decided to jump in. I had a friend who had worked a number of programs; seventeen to be exact, until he found the one that was a fit for him, and he had approached me about it and the time was right. I was interested. What was it that interested you most? What interested me most was the ability to set my own hours, be my own boss and ultimately set my own income and not be limited by anyone other than myself. No mention of product? That particular company was a telecom company and the fact that there really was no tangible product really did appeal to me. I kind of bought into the ‘no lotions, no potions’ mindset, although I’ve since outgrown that. Yet then, the intangible product appealed to me initially because I didn’t want to stock product and my prior exposure to Amway indicated a hands on product need. I jumped in with both feet… sort of. And I say that only because I’m a recovering ‘analytical’. The day that my sponsor left our house, before we had ever even signed up, I had every piece of literature that the company had ever produced heaped on my dining room table, so that I could go through it all and analyze it, critique it and educate myself and do everything.

So, I did get myself started, but I will never be recognized in the network marketing hall of fame for being a fast starter because my own analytical tendencies really slowed me down. I encourage anyone who has those to get over it and just move forward!

I got started, did pretty well pretty early on. My husband and I worked that business together and we were a classic case of at least being willing to make the list and make the contacts. We had our “chicken” list… those people you’re afraid to call, because you feel like they’re already successful or they don’t have time or they won’t be interested for whatever reason. About our fourth month in the business we did contact someone on our “chicken” list, he ended up getting involved and building the biggest leg in that organization. Of course, this really launched us into success with network marketing. So that was a great thing but I was not at all ready, at that time, for being thrust into the role of leadership and mentoring and growing a team. I really have to credit my sponsor at that time for being the one who really did lead that team. I was definitely in a growth mode at that time. New mom, again, with the second child and I wanted everything that went along with network marketing in terms of the income and the time freedom, but I struggled with the balancing act of family demands and business demands, because those are there when a business really takes off, really takes hold. We were lucky— if you want to call it luck— in hitting a home run fairly early on that kind of went off on its own and grew despite us. Jackie, did you have any ‘career’ that you were involved in? Yes I did, I was in airline marketing. That was a great job, as far as jobs go, I traveled the world on an expense account, wining and dining corporate accounts and travel agents and getting them to commit, to some extent, to fly on our airline. It was wonderful. My husband is an airline pilot though and… those two jobs together really didn’t click with raising a family. And that was one of your reasons for wanting to get into network marketing? Yes, that’s absolutely my reason for looking at network marketing. We had made a decision very early on, pre-kids, that when we did have children I would stay home, because we wanted to raise the kids.

But it’s difficult these days to make it on one income and I also had the desire to have something of my own.

So, you started to do pretty well with this thing. I started to do pretty well and worked that business and grew with that business for about six and a half years. It was good to me, but I hit a wall in terms of my desire to stay with that particular company, that particular type of business. Tell me about that wall. The wall really was about how the pay plan was structured. I was making good money, but most of my downline were not. Attrition was horrible and that particular pay plan was really top heavy— really set up to only reward those at the very top. It was very difficult to get a person paid early on. I think that’s a key with network marketing. To get somebody to a point with their belief and solidifying them in the industry you want to get them a paycheck as fast as possible. And it wasn’t easy to do that with that company, which, by the way, no longer exists. So, I hit a wall in terms of some of the requirements that were demanded of a leader; participation in a weekly meeting, a weekly training, and I really didn’t want to do that.

I had discovered the Internet about six months prior to my decision to leave and found my niche and I really wanted to literally build my business from home. I didn’t want to be required to run around to meetings.

My kids were very young and with my husband being a pilot he was frequently gone. It got to the point where I felt I was lying to people when I told them I had a home-based business, because I was running all over meeting people and going to this training and that event. So, I hit a wall in terms of how I was working the business and also a wall in that company. So, I left in search of greener pastures. That search had to be different than your first two exposures to network marketing… what were you looking for? I had a pretty solid list of criteria; I was looking for something I could do online, so I needed a company that was very forward thinkin
g and forward moving in terms of the Internet. I found that there are a lot of companies that seem to be afraid of the Internet, or they don’t like it or they think they will lose control in some way.

I was looking for a company that had a website in place and some systems and capabilities already available.

The second thing was it had to provide a pay plan that I thought was equitable. A pay plan where the money is good at the top but also where it wasn’t difficult to get somebody paid and keep them in the business. And this is an outgrowth of your disappointment with the previous company where you were making good money but your people weren’t? Exactly! 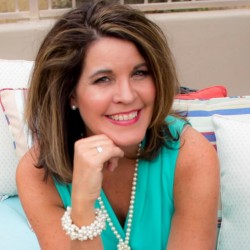