Listening is an activity – an action. Hearing, on the other hand, requires no action whatsoever. So, just because you hear doesn’t mean you are listening. And, listening is not as well-known a skill as one would expect.

In some of his works, the late Stephen Covey described listening as the great delimiter among people. To paraphrase what he shared in his work is: Very, very few vocations actually have active listening as a formal skill set to be successful in their occupation.  People spend years learning to speak professionally, develop great vocabularies, write eloquently, and share information verbally and non-verbally. Years of formal education require many if not all of these skills, yet only select professionals have ever received formal education in the art of listening. Psychotherapy is one vocation, and clergy is another. Social workers must be able to listen carefully to whom they are attempting to serve, but few of any professionals utilize active listening masterfully.

From the earliest recordings of the history of Native American tribes, active listening has been and still is the most important of communications philosophies. Chiefs ensure that when tribal matters need to be discussed, all participants in the discussions are gathered together and views are expressed as needed.

They do so in an extremely specific means, by the use of what is called the Talking Stick. The premise is that whoever has the talking stick speaks without interruption until the participants fully grasp what is being said. There is no rebuttal, interruption, and the only questions that may be asked are clarifying questions. No challenges, disagreements, disruption, or emotional outburst of any kind is tolerated.

Once their point is clearly expressed and everyone agrees they understand, the talking stick is passed to the next person.

This process continues until all are in complete agreement on a solution that is better than any individual position has been taken. Complete consensus on a better alternative than the existing situation.

The use of the talking stick is more about Listening as opposed to Talking. Tribal leaders have been using this technique for more than 600 years. It has been said that the Iroquois nation presented and trained our Founding Fathers in the use of the process.

“Friends are those rare people who ask how we are, and then wait to hear the answer.” –Ed Cunningham

If the name Ed Cunningham escapes you, let me help fill you in.  Ed was a professional football star turned sports announcer and celebrity. Because of his deep-felt views on the head and brain injuries in the game, he resigned from ESPN and moved completely away from the sporting world. His personal beliefs are that effectively listening to others takes training, awareness of others, and active listening to understand rather than merely to have something to say in return.

It shouldn’t have to take a brain injury to let you know how effective listening is, not just hearing a sound.

Sounds are all around us (of those with the ability to hear) and for the most part, we tune them out to concentrate on particular tasks or written words we’re absorbing. Actually listening with the complete respect for the other person sharing what it is they have to say opens the door to better communication, yet how often is the lack of communication the culprit when things break down between people and organizations?

“We have two ears and one tongue so that we would listen more and talk less.” –Diogenes

Perhaps the oldest recorded philosophy on listening comes from the ancient Greek philosopher Diogenes (c.400-c.325 bc). However, the statement for which he is famous is rather counter-intuitive to his nature. Diogenes was considered in his time to be a bit of a rabble-rouser. His belief in self-sufficiency, uninhibited personal behavior and to act in a natural, free-spirit fashion made him a contrarian to society. He also held views of living simply and abhorring all things luxurious.  He was considered a cynic in his day.

Regardless of our station in life, active listening is often the most ignored and minimalized of behaviors we humans strive for.

Call it selfishness, ignorance, or just plain rudeness, listening without interruption with the purpose of understanding creates more societal problems than are tolerable. Human nature is contradictory to natural kindness, in my humble opinion. I don’t think it is a preponderance of one trait or another. Active listening is a learned skill far too few have mastered.

The world would be a much better place if we all took the time to learn exactly what active listening is and use this skill to interact with others in kindness, sincerity, and cooperation rather than all of the alternatives that seem to present themselves.

Have you ever watched a movie or read a book more than once and noticed things that you don’t remember noticing the first time around?  That’s because few people have the innate ability to clear their minds of the internal voices and truly focus on what is being shared with them.  Active listening takes training, practice, and focus. It’s up to us to take the matter seriously if we want to make inroads into relationships of any kind.

I’ll conclude this with something again from Dr. Covey – “Seek first to understand, then to be understood.” 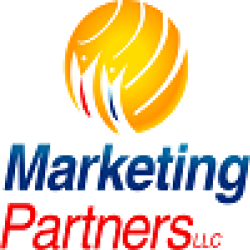