Know When a Consistent Habit Needs to Change by Marilyn Suttle

If you are consistently being mean to yourself in order to be nice to others, you’re on the road to burn-out. It’s an indicator that it’s time to update your habits Little girls are said to be “sugar and spice and everything nice.” It sounds good in theory, but in reality too many women have learned an outdated definition of that word and it could be costing them dearly, both financially and emotionally. I started out with the wrong definition. When I was growing up, our culture dictated that to be “nice” meant to be: docile, compliant and secondary. I bought right into it. During my college years, my sister called me on it. She said, “You’re too nice. Stop that!” I didn’t understand. She said, “Marilyn if I picked out two colors and said that red was the best one, you would agree with me. And if I changed my mind and said, blue was the best color, you’d change your mind and tell me I was right. You’ve got to stop that.” NULL

Wow, she was right. Her words were a wakeup call, but it took me another decade to fully embrace them.

I entered into my marriage with this definition of nice too. When it was time to clean up after dinner, I asked my darling husband, “Would you like to help me wash the pans?” He’d say, “No, I don’t like to wash pans.” I washed the pans. Here I was, a successful consultant working at a Fortune 500 company, but I couldn’t enroll my husband in helping me wash the pans because I thought it wouldn’t be nice. Soon after, I sought out mentors, books and trainings that taught me new skills which lead me to new conclusions, and habits for being nice. One day I tested out my new definition. After dinner I said, “Will you wash the pans tonight?” My husband said, “I don’t really want to.” With complete kindness and ease, I said, “I don’t want to either. Will you do it?” He paused for a moment, and said, “Okay,” and washed the pans. It was that easy. Then, we had a follow up conversation and he agreed that that the person who cooks doesn’t have to clean. I felt like I entered the twilight zone. He was okay with washing the pans. I was assertive and the world didn’t end. He didn’t spontaneously combust. Nobody died. “This is wonderful!” I thought. Then, I got angry. I realized that for years I had been the put-upon one, the self-sacrificing one, the one who made life easier for everyone but me, all because of my relationship with the word “nice”. It was my own doing. That was the burn. It’s so much easier to blame someone else – a domineering boss, a demanding client, an insensitive neighbor. It was at that time that I temporarily rebelled against being “nice.” I told my closest friends, “Please don’t call me nice.” They thought it was hilarious. One friend couldn’t resist and bought me a t-shirt that said “Be Nice.” My clients kept thinking I was nice too. So much so, that they recommended me to other clients, and brought me back to their companies for follow up work, even during tough economic times.

But the truth was, I had changed. I was a new kind of nice. Assertive, honest and authentic were never words that fit the old definition. Those words are very much a part of the true meaning of the word.

Have you ever noticed that people who treat their customers and employees nice (by this definition) are not push-overs. They are the ones growing their businesses and attracting happy clients. One day, before my coauthor Lori Jo Vest, and I wrote our bestselling customer service book, we were sitting at a Starbucks talking about the keys to business success. We realized it all came from being the right kind of nice. The price of not being nice is too high to ignore, especially in our global economy. But knowing how to be nice in a healthy successful way takes skills. It’s nice to be nice once you know how to do it. What is your current definition of the word? Does “honesty” fall into your definition of nice? Isn’t it nice to tell your client she has spinach in her teeth at the beginning of the meeting instead of finding out for herself after the meeting? Isn’t it nice that people can trust that you’ll tell them the truth, even if it isn’t always easy to hear? Conflict is not something to be avoided. When it’s well handled, you end up with more understanding and happier relationships. Do you consider it “nice” or “selfish” to rest when you’re tired? Taking good care of yourself is the nicest thing you can do for your clients and family, because it allows the best version of yourself to show up in the world. Taking an empowered approach to being nice can catapult your success as well as your profits, while attracting more of what you really want into your life. Take a close look at your definition of the word “nice.” If you are consistently being mean to yourself in order to be nice to others, you’re on the road to burn-out. It’s an indicator that it’s time to update your habits and create measurable ways to consistently stay on track. 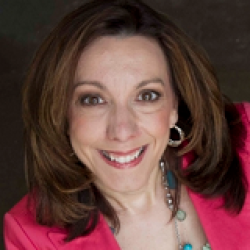 Marilyn Suttle
Marilyn Suttle is a success coach, bestselling author, and international speaker. She specializes in sharing “Suttle Shifts” for breakthrough results. Marilyn helps professionals turn the unhappy and indifferent customers into raving fans, while creating a happy, passionate lifestyle for her clients. Visit her on facebook at www.facebook.com/SuttleShift or email her at [email protected]