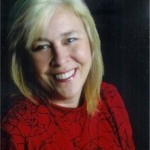 A Leader recognizes the mistake as soon as possible. Owns the mistake. And makes repair. And moves on.  A friend called me. We’ve known each other for ten years, and have been face-to-face only twice, at Art Jonak events as a matter of fact. ( I Love this industry!) We have never been in the same company, much less in business together. Yet we are close friends. We send each other referrals, and cheer each other on. Last year I was going thru one of those “Asking yourself the really big questions” times and I did what I do during those times, one of those things is calling a good friend. Yep she’s the one I called and she listened and asked me a question.

It was one of those questions that illuminates the way out of the discomfort.

NULL Yep that kind of friend. This time she called me. She was asking Big Questions. About her company. Her company has taken some serious hits in the media, online, in the forums. What became totally clear to her was her initial discomfort was not about what ever is true about the company. Her discomfort is with her Sponsor. Specifically that she doesn’t trust her Sponsor to be honest with her. Based on being in business together for five years she expects her Sponsor will dodge the issues and hold back information. I’ve heard those kinds of actions described as Leadership. Here’s the question I bring to you.

Does your Team trust you to tell them the truth? Or do they think you are just going to give them rah-rah and hype?

Stuff happens. My company recently made a serious change in our website and it glitched. The Company found it, corrected it, reported it to all the users who were affected by the glitch and doubled refunds and sent apology gifts to any prospects who were affected. That’s what I think a Leader does. We make mistakes. A Leader recognizes the mistake as soon as possible. Owns the mistake. And makes repair. And moves on. 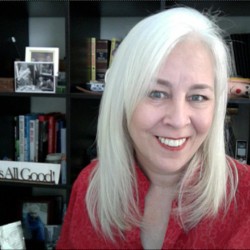 Maran Banta
The best thing about network marketing for me is learning life skills that have immense value.

The skill of being truly present and listening without agenda, and without judgment, which gifts the other person with the all too rare opportunity to show up as how and who they really are.

The skill of having fun even when— maybe especially when— working really hard.

The skills of Teamwork— not just working as part of a Team— really learning how to follow and support the leader, which turns out to be the very best way to learn how to be a leader.

And having this bundle of skills in my toolkit adds up to being magnetically attractive and a whole lot'a fun.


If ever there was a servant leader, it's Maran. "It's all good" is something she lives— whether in the chaotic aftermath of a South Florida hurricane or facing the frustrations of a seething subscriber who can't get into the site. "Take a deep breath", she says, and goes about her business of turning straw into gold.

I've been together with Maran for more than five years now. Tough and high times both. She is a rock. One of those highly polished, swirling blue Lapis lazuli ones with the word Creativity etched in platinum. Maran is all that good! JMF