Leading An Inspired Life; My Lessons From Mr. Rohn By Michael York 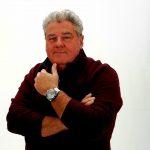 Leading An Inspired Life; My Lessons From Mr. Rohn

***The following is a column that appeared in the Jim Rohn TRIBUTE issue of TNMM, January 2010 after the passing of one of the iconic names in personal and professional development…

A friend and fellow pursuer of the American Dream introduced me to Jim Rohn. Mr. Rohn was unlike any other speaker or teacher I had ever heard or met and remains that today.

As a student of Mr. Rohn’s for over 20 years, from aspiring sales professional to Director of Sales to Professional Speaker and Author, some of the most powerful lessons I’ve learned in this lifetime have come as a result of his fundamentals and philosophies on success, achievement and life. 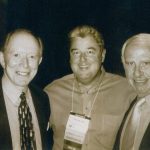 One of the favorite pictures in my personal collection, Ty Boyd and Mr. Rohn, just minutes after he was awarded the Master of Influence by the National Speakers Association in 2004.

Individuals have very PERSONAL reasons for why they want to succeed.

We all have the need to improve. To be inspired as well as instructed.

Some of the best instruction I ever received in this area was from Mr. Rohn. I never forgot it and have given him credit in hundreds of keynotes and speaking presentations for that advice.

“Work harder on YOU than you do on your job.”

Mr. Rohn had a way of getting his point across and making it stick. I could hear him saying it to ME…personally. “Michael, work HARDER ON YOU…”

He convinced me and so many others that when you become better, you begin the process of fueling your attitude and desire and achievement and results. It’s part of the process of changing your MINDSET from ordinary to UNSHAKEABLE.

Don’t neglect working hard on you.

“When you become better, you begin the process of fueling your attitude and desire and achievement and results.  Don’t neglect working hard on you.”

When I first began listening to those tapes, Mr. Rohn said there were fundamentals and foundations for those who really wanted to succeed.  And I did.

THREE THINGS he said, we all should do.

Only if we wanted to be top performers and high achievers and lovers of life.

It’s a simple list. But that was part of the beauty of Mr. Rohn and the ART of his CRAFT. The simplicity he brought to personal improvement and how his voice oozed a kind of confidence that even I could do it. I could listen to him speak for hours on end, did in fact, and never tire of that unmistakable inflection and the inspiring tone in his words.

There will come a time you may understand the WHY of learning more about 1 and 2, but here I want to encourage you on the third key from Mr. Rohn’s list;

Writing in a blank book. Taking and keeping good notes on your life.

My first thought was probably much like yours, “I can’t keep a diary.”

But Mr. Rohn was ready for that one.

“It doesn’t have to be a diary,” he said. He went on to explain that I didn’t have to write in it everyday, but surely something had happened in my life over the last year that I needed to write down.  And he was right.

Because once you start, you can’t keep everything in just one journal.

And eventually you fill it up.

When that happens you’ve now increased the value of the journal.

When you purchase the blank book it will be, well…blank.  No writing.

And whatever you pay for it, five dollars or ten dollars or even twenty dollars

(you can get a nice leather journal for $20), matters little.

Because when you have written just a few pages, and especially if you’ve filled it up, you’ve increased the value of that journal.

Now, when you or someone you love pulls it from the shelf of your personal library…your spouse, or child, or grandchild, IT WILL BE PRICELESS!

Not for sale at any price, because of your contribution to the book.

have captured on paper, about your life or work.

When my first book “Becoming Uncommon” was published people would ask,

“Is that the first book you’ve ever written?”

My reply? “No, I’ve written several but this is the first one that’s been published.”

and you can do it too!

You can keep journals for lots of things.

Wouldn’t your manager just fall over if you walked into your next meeting with a notebook or leather book that you opened and took notes of what he or she was saying?

Notes about ideas you might have or things you remembered to take care of?

You do take an occasional note right?

Meetings, big days in your life, trips or travel to exotic locations (like my journal from my 16 days in Africa or my trip to Pebble Beach), birthdays, anniversaries, be as creative as you like.  I keep goals journals and golf journals (my goals journal is bigger than my golf journal).  Journals that hold all of my business meetings, what was discussed and when.

I’ve kept journals for my kids as gifts.

Like the one I gave my son on the day he graduated from high school.

I wrote in that journal for almost 30 months, filling it up with my observations of him,

the events of his life and the special days and times we shared together as father and son.

It would have been easier just to tell him to do it and try to explain why,

30 months to complete.  Knowing all along that the plan was to give him the finished project on graduation day.

The book only cost a few dollars.

And in the grand scheme of things took only a few minutes at a time to complete a work that is most certainly uncommon.  Guess how many Moms and Dads do something like this?  Guess how many could?  If only they’d thought of it.  If only they had heard of the idea, as you now have.  And then committed to seeing it through to the successful completion of the project.

That’s how personal development is, a consistent commitment to getting better and adding value, to you and your life. That’s why it’s called “continuing improvement.”

That’ the power of reading, writing, and listening.

That’s the power of a journal.

It’s actually easy to do.

Problem is, it’s easier NOT TO DO.

And that’s the option that most people will choose…easier.

Coming up with the clues of success and the reasons for doing them are,

UNCOMMON! Try it.  Start with just one journal and see how it affects your life and the lives of those around you.

P.S. The photo above is the last time I saw Mr. Rohn in person. It was at the National Speakers Association convention, July 19, 2004 in Scottsdale, Arizona as he was named the winner of the very coveted MASTER OF INFLUENCE award. Once the luncheon was over, and 2000 people went on to the afternoon sessions, I stayed around with just a handful of others and talked with Mr. Rohn and his (and my) good friend Ty Boyd, another speaking legend who resides in my city.

We laughed and talked and I showed Mr. Rohn my goals journal that day. I’m sure he’s seen literally thousands of journals from his students over the years but he looked almost as if this were the first time. He was so excited and congratulated me on my accomplishments over the years and how I had gone from STUDENT to being the TEACHER out there speaking and taking what I’d learned and investing it in the lives of others.

He signed one of the back pages of that journal and wished me all the best for the future. A future that has been made brighter for my having known and learned so many life-changing lessons from Jim Rohn.