“You can choose what you want to have, who you want to be, where you want to go, how much money you want to make through Network Marketing,” Lynn Allen-Johnson’s world turned upside down when she was 16. That’s when her father and “best friend” died of Hodgkin’s disease – leaving behind her mom and six kids. Lynn’s family was devastated. They quickly fell apart and went their separate ways. By the time she was 19, Lynn was married, soon had two children and was divorced five years later. Out on her own, with no education and no money, it took Lynn all she had to survive and raise her kids. She lived on government assistance and food stamps. She worked two jobs; sometimes three. Lynn freely admits her kids didn’t get the best from her. Far from it. They spent most of their childhood in daycare – and although that’s still a painful thought, Lynn knows now that she did her very best to be a great mom and provide for them. NULL

“I didn’t have a lot of belief in myself, but I am a survivor. I knew I was going to take care of my two daughters no matter what!”

Today, after more than 30 years of struggling just to survive, Lynn is in a very different space. “I’m very, very blessed,” she says. “I didn’t come from a great place, but I’m in a great place now. All I lived through helps me to empathize, to understand where people are coming from. Because I’ve been poor – I know what it’s like not to have. Now, I know what it’s like to have in abundance.” At the age of 50, Network Marketing gave Lynn Allen-Johnson the first chance she never had. At that time, Lynn was working 60+ hours a week and just grateful that she had enough money to pay her rent. She’d moved “up” to a three-bedroom apartment in Florida, which was the nicest place she’d ever lived. Although Lynn was constantly broke, she felt like she had finally arrived… somewhere. At least it was somewhere better than before. But Lynn was struggling. She was working way too hard. She was putting in longer and longer hours and doing her best to cope with the stress of a job serving wealthy customers who were as far from broke as could be. As a result, she was having some health challenges and she was worried about herself. Lynn’s daughter sent her some nutritional products she hoped would help. Lynn felt better quickly. She began experiencing, “an amazing sense of well-being.” Her health and vitality continued to improve and her worries vanished. And others noticed the change. “People would tell me, ‘Lynn, you look amazing. What are you doing?’ and I’d say, ‘Well, I got these products in the mail.’ And they’d say, ‘How do I get them?’ I’d say, ‘Well, I really don’t know much about it, but maybe you’d better call my daughter because that’s where I got them.’” Lynn had no idea what was happening. Her daughter told her, “You know, Mom, you’re going to tell everybody about this. That’s who you are. You’re going to share this and you might as well become a distributor.” Lynn’s reaction was immediate and harshly negative.

“This is one of those pyramid things. I’m not going to do that!”

Lynn’s daughter patiently explained that it was just word of mouth marketing – person-to-person advertising. Since she was going to do that anyway, why not sign up and just share the products with people? That’s how it began. Lynn was in the business. People called her to get products. She started getting a couple of paychecks.

“Oh my gosh! I’m getting a paycheck every single week in addition to my job!”

Lynn felt like she’d died and gone to heaven, but it took four-and-a-half years before she really understood what she’d fallen into, before she was willing to make a commitment to the business. Lynn was simply too caught up in what “everybody else might think” about what she was doing. Like most people, Lynn didn’t want to be rejected, so she avoided approaching people about her business. She asked herself, “Why would these people listen to me? I’m a nobody.” Finally, Lynn realized that she was the only one asking that. What changed was Lynn’s attending her company’s International Convention. She actually went to prove to herself that she couldn’t succeed. Instead of the turn-off of three-piece suits and slick sales types she expected, Lynn found people just like herself: Real, ordinary people who were living extraordinary lives. And Lynn knew for absolute certain…

Lynn used that pivotal event to decide that this was going to be the way she was going to create freedom and have control of her life, for the very first time in her life. Once Lynn got it, her train started moving fast and people could hop on or get out of her way. She was no longer embarrassed about the business. She started learning more about Network Marketing and quickly understood that this was the best route for most people to have time and money freedom. And she owned that. It was real. No more, “Gee, I have a product that can help you.” It was “I have a business that can change your life.” When it became a real business for her, Lynn knew that she just needed to select a few people. She began using an interview process where she would tell people, “In two years this is where I’m going to be. I am selecting a couple of partners. Let’s sit down. See where you are. This may be for you and it may not. Let’s just look at it together and see.” Even though she hadn’t gotten anywhere yet, Lynn’s presence and posture were so different that people began to follow her.

Her vision was so strong people wanted what she had even before she’d gotten it herself.

It was a total change in her. Lynn had taken ownership of her future. Lynn reasoned that she just needed to find four key people. There were 18 million people in Florida and she thought, “How hard can it be to find four?” She saw her job was to spot them, help them get everything they wanted from this business and take them to the top. And that’s what she did. The whole thing happened with a shift between Lynn’s ears. What were the skills Lynn developed and practiced that created her success? First and foremost, she says, she became a good listener. And that was new for Lynn. In the beginning all she did was talk. “I was always dumping all over people. ‘Oh my gosh, you guys, you’ve got to hear this… yada, yada, yada.’ Once I committed to listening, I started by sharing where I was going, then asked, ‘Tell me about you: What do you do? How’s your family?’ Every meeting I had, I listened for probably 80% of it. Then I would say, ‘I have something that might help you get there,’ and I would show them what they were going to have in this business.” Lynn wanted to get inside of people and find out what they wanted, what they needed. Because…

She looked for people who had a huge need, a big desire, and a commitment to do whatever it took; with failure not an option. “Don’t tell me you’ll give this a shot for six months. I want to know where you want to be in two years.” Then Lynn would put a plan together to get there… together. Lynn never really worked hard at finding new people. She met them as she went about her life – at church, in the mall. Lynn knew her mission and she only wanted certain people. Wherever she was, Lynn always kept her eyes open. She listened. She looked for people with good hearts. People who wanted more in their lives. “I attracted people who are a lot like me,” Lynn said. “People who realize that we have to get over ourselves, we have to get a strong belief. Once we have that, we have to figure out a way to help other people achieve great
ness. All of it comes back to us.” It was all about establishing a relationship. Then, if it felt right, she’d say, “Hey, I have something I’d like to share with you that I think would be mutually beneficial. Give me your number and I’ll call you and let’s have a cup of coffee next week.”

Lynn always looks for people who see the value in helping others and who understand the concept that when you give, you receive.

“One of the most powerful things about Network Marketing for me is that I can be who I am. I can be a caretaker, I can want to make a difference, but in order for me to get paid, I’ve got to help other people. That’s basically what I’m about and so this was perfect for me.” “I’m looking for people who have the heart to make a difference, people with integrity, and people who want more.” She found them. Lots of them. “Those are the three things that I sought after in people,” Lynn says, “and more often than not they found me. I didn’t have to go out and look hard for them, because I attracted them. I just had to know they were there by keeping my mind on my mission and listening to who they were, because that’s how I decided who I was going to pick. That’s still how I decide who I’m going to choose to work with today.” Lynn has been one of the top 10 worldwide income earners for years in her company. She is a Network Marketing millionaire. She “retired” her husband years ago and in 2008, Lynn took 15 members of her immediate family – all of her grandkids, her cousins and her mother – on a Caribbean cruise. She paid, and had “the most amazing, amazing time.”

The best thing about Network Marketing for Lynn is that it’s allowed her to live “my best life.”

“No education. Nothing.” Lynn said. “I started in my mid-50s from a place of being dead-broke and never having done anything like this before. Where else does somebody like me get the opportunity to live this type of a life? It just doesn’t happen anywhere but in Network Marketing.” “I wish everybody would get that each one of us can have this if we just open our minds to what’s possible. Get rid of the negative ideas and realize we have to take responsibility for our future.”

“The best way to predict the future is to create it.”

“You can choose what you want to have, who you want to be, where you want to go, how much money you want to make through Network Marketing,” Lynn says. “You can layout your own blueprint and design your life by choice, not by chance.” “That’s what I did and every day I’m just so grateful.” 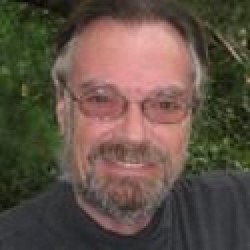