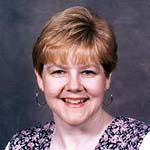 More than 15 years ago, there was a small group of women amongst the “men’s club” on the discussion boards on AOL. In April of 1995, the MLM Woman newsletter was born. Today, it’s one of the top ranked websites in network marketing. Its editor/ publisher knows her business. Tell me when and how you began MLM Woman, Linda. In 1995 a coworker had turned me on to AOL, so I got on and I found a whole bunch of people discussing MLM on the forums there. I decided it would be really neat if I could connect with other women, because I didn’t know a lot of women in my local area that were interested in network marketing like I was.  Were you an active distributor at that time? Yes, I was. But we just had a small group and most of it was guys, there were not a lot of other women. I decided I would start this little free e-newsletter and see what kind of support I got, so I put that out on the forums at AOL and women were really interested. I started networking with them and then after doing that for about a month or so I thought it might be a viable business and fill a need that was out there in the marketplace. So, I decided to do a printed newsletter. NULL

Tell me about the ‘need’ that you saw. My personal belief was that there were a lot of women out there in MLM, but they didn’t really have a voice.

A lot of the publications and articles were written entirely by men, they showed more of a male perspective to the business and I didn’t really feel there was a voice for women out there.

I didn’t find any resources about how women did the business, how they’re challenged and how things were different for them.  Were there some immediate differences you saw in how men were doing the business and how women were doing the business that got your attention?  Yes, men in general are more interested in the recruiting aspect and building really big right away and being very aggressive in the business. I find that women are a bit more relationship-building oriented and willing to take it more slowly. Women also really want to be sure that the products are good, so they feel confident recommending them to others. They are more interested in building slowly and building a community. They are little bit slower, but are really good at building for the long term.  Does this go beyond style or a gender difference? I think it is partly style, because there are women that like to go for the recruiting and the big bucks right away too, but I think in general most women are more interested in building slowly and building the relationships. With most of the women that I have talked to that tends to be the way they approach the business. They’re really put off by the hard sell methods, the real hard-hitting sales techniques. They’re not really interested in that and I think women in general don’t respond real well to it.  One of the things I’ve noticed is that men would have a tendency to say, “Once you get into the business, we’ll work on the friendship.” whereas women are more likely to say, “We’re going to work on the friendship and maybe you’ll get into the business.”  Exactly, because with women trusting and liking the people they do business with is really important. I don’t think that you’re going to be successful recruiting women in this business, if they don’t really like and trust you. You have to establish a relationship with them first, before you start doing business.  Have you seen a difference, for instance in the forums, in how they speak to each other?  In online forums, men tend to post more than women, but when women do communicate online, they are more interested in finding out more about each other and offering encouragement even if they are with other companies. Men tend to focus more on how to promote their business through their posts.

What I have also found, and one of the reasons I started the newsletter, is that women are usually much more reticent to put themselves forward and shine the light on themselves. They don’t always like the spotlight.

Maybe it’s social conditioning, I don’t know what it is, but they often feel it’s not okay to do that. But with another woman they feel more comfortable and feel they can communicate directly with them, whereas with a guy they might be a little quieter about stuff.  What were the initial issues that got the most air time and attention in MLM Woman?  I think that women have the same concerns as everybody in network marketing; how to find prospects, how to deal with rejection¡K I think the women probably take the rejection part of prospecting a little more personally than guys do.  Linda, you said you’ve been doing this since 1995, so you’ve been at it for about 10 years. You started online; was it always online and did you always have a hard copy of MLM Woman? Yes, we did have a printed edition that we published for several years and then when the Internet really started to explode we decided rather than charge for a hard copy subscription with no advertising it would be better to make it free to everybody on the Internet and take advertising so everybody could have access to the information and we could reach a wider base.  From a business point of view, how did that work? Is it working? Yes! It works really well! It’s a niche for us. We’ve been out there for a long time. There are others who are now offering things to women in the industry, which is a good thing. The business pays for itself and I really believe in it, which makes it all worthwhile.  What have you seen change in the last 10 years, in network marketing and specifically in network marketing with women? In network marketing in the last 10 years there has just been an explosion of so many new companies. There used to be significantly fewer and now every day there seems to be somebody new coming into it. So, there are a lot more choices for people. You can build offline, online, and there are more party plan/direct sales type opportunities out there for everything imaginable and that’s great!  The Internet has really changed the industry completely, because now more people who aren’t comfortable with the one-on-one and face-to-face selling are finding themselves more comfortable meeting people on the Internet and then talking to people on the phone. It also opens up the whole geographical nature of recruiting, so you’re no longer limited to your local area, now you can talk to people all over the world!  I think from the woman’s perspective, again, all those things affect them, there is more opportunity there for them, more companies to market, more choice.

The Internet has leveled the playing field where women now can be as competitive as anybody in the business and use it to leverage their business and make it successful.

I’m on thin ice here, but I’m wondering, has the nature of the kind of women you’ve seen becoming attracted to network marketing changed in the last 10 years?  I think women in general are becoming even more interested in network marketing, because it’s become a little more mainstream, so it’s more acceptable now and more people know about it. There are a lot of young women in particular who are trying to create a new mold with the realization that having a traditional job, having a partner, having kids, trying to have it all might not be doable unless they have flexibility. So, a lot of young women are looking at network marketing and direct sales as a real viable work from home business for them where they can have their own hours, make money and stay in a career and also have the flexibility they need for their children and family. I really think that’s a big draw for young women.  It’s interesting, because there are some powerful statistics about the number of people who are retiring right now. I would have thought that you’d be seeing a greater number of older women more willing to become involved as well.  That’s a trend as well. The
‘boomer’ women, of whom I include myself, are looking for more flexibility in their careers too they can retire but they don’t want to stop working. They want a business, they want more money to supplement their retirement and they’re tired of the stress and rat-race of working for a corporation, so that is also another group looking to get into the industry in greater numbers.  However, I think with them it’s just one of many options, and because they have a lot of work experience they may choose to do something else, starting their own traditional business, or consider a more creative type of pursuit. So it is a trend, but I think the young women are really looking for something different, they’re really looking for the flexibility. Of course, that’s just my observation and it could be wrong. 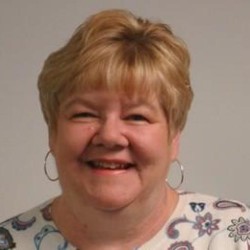