On The Road to FINANCIAL FREEDOM—Don’t OVERLOOK The “FREEDOM” Part! By: Michael York 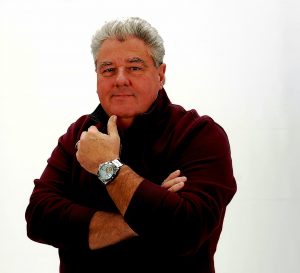 In 1997 I sat in an audience in Charlotte, North Carolina as a Director of Sales with lots of other corporate leaders listening to the legendary Tom Peters speaking on work and business and life and marketing and lots of other stuff. One of my great takeaways from that session and one of the greatest lessons I’ve learned from that day to this is…

“ALL Work is PROJECT Work!”  Or at least it SHOULD BE!

I remember when I heard Mr. Peters say those words I didn’t quite get what he meant—but I understand it fully now. He was saying MOST people just “go to WORK” everyday, not really knowing why or where they are along the way.

It’s just what MOST people do.

But when you or I approach ANY WORK as PROJECT WORK, it means it should have a BEGINNING and yes, an ENDING! Most people, he said, were just “LOST somewhere in the middle” as something boring, or some job or work they despised just continued to drag on and on, day after day.

It’s a lesson I’ve shared many times in my own business since that spring day in 2000 when I left corporate America to leap into my future as an entrepreneur, in pursuit of those magic words “FINANCIAL FREEDOM!”

Along the way what I’ve realized is that the FREEDOM part of those many projects over all these years has far outweighed the FINANCIAL part.

Meaning, there were times when the financial part was tough. Really tough—and then times when it was great, Years where I earned MORE MONEY doing something I loved than I had ever earned before, bringing GREATER VALUE to the Marketplace—and The Marketplace NOTICED and paid me well for it.

But the FREEDOM part was almost always the BEST PART!

When you’re plotting and planning or you’ve made the leap toward YOUR FINANCIAL FREEDOM—I can, with some degree of surety, tell you that the FINANCIAL part won’t come easy or as quickly, or stay as long as maybe you’d like. But Ahhhhh…the FREEDOM part—that is the true treasure!

The FREEDOM to take, or turn down, new “PROJECTS” and the FREEDOM that comes knowing ANY project, good or not-so-good, IS TEMPORARY! That it will come to an ENDING and then comes the energy and excitement and what I call the “ENTREPRENEURIAL ADRENALINE” of that NEXT BIG THING!

It’s the re-inventing and renewing and recharging and relaxing that comes with the FREEDOM—it is MAGICAL!

So over all these years of my own personal FREEDOM PROJECT, I’ve continued to add great lessons to Tom’s “All work is Project Work” lesson.

One of my favorite comes from T. Harv Eker, and his book SECRETS OF THE MILLIONAIRE MIND.  When I read it for the first time it connected with many of my own personal experiences, but maybe the single greatest lesson for ME was this one—Harv said “MOST PEOPLE THINK they want to be RICH!

(Here we go with that FINANCIAL PART again) …But what they REALLY MEAN is—they want to HAVE A RICH LIFE! They want to LIVE RICHLY!”

WOW! That hit the mark for me. I GOT IT!

LIVE RICHLY—that was exactly what I had experienced from the FREEDOM part of seeking financial freedom.

RICH LIFE became my goal that day. I wrote it down in my journal (another great lesson). I agree with Harv and so many others that while MONEY will be involved, it is SO MUCH MORE THAN THE MONEY, it’s more than just numbers or financial goals or big houses and new/fast/exotic cars and all those things you see in the movies and on the commercials.

So I wanted to add my commentary to what is most certainly a great issue on FINANCIAL FREEDOM and all the big ideas and inspiration and encouragement you’re getting. Good for you on coming here to get it.

There’s an ancient script that reminds us the key to FINDING is in the SEEKING. So I hope you get what you’re looking for…or, like me all those years ago—

You get something EVEN BETTER!

I was just this week speaking to someone who has come to be a friend over the past couple years. We came to know one another through a mastermind group I was leading for her company. That project ended over a year ago, but we still talk by phone or message each other occasionally.

She went on to become part of a MENTORING project part-time and some other things she was excited about and would tell me of from time to time. As so often happens after being in her management job for many years, her frustrations continued to build and even though she wasn’t “happy” in that job, and certainly had very little FREEDOM, she continued in it.

This week I got a text from her, very much out-of-the-blue saying,

“Michael, I quit my job! I’m excited and nervous all at the same time. I’m not sure what I’m going to do, but I’m gearing up for a very important PROJECT…where I AM THE PRODUCT and The World is my PROSPECT!”

Freedom is exhilarating and liberating and SCARY!

If I could leave you with one parting thought about FREEDOM, it’s this…

Freedom is rarely about COMFORT! History confirms it.

Individuals fight for it, militaries defend it… Early explorers in any part of the world set out in search of FREEDOM and it was mostly a scary and dangerous proposition. Danger is built-into the FREEDOM PROJECT in most any generation and whatever project you choose.

But sometimes, as the saying goes, “THE GREATEST RISK is in NOT TAKING ONE!”

So go ahead. Go for it and see what happens. FREEDOM is more than just a FEELING. It’s so much more than the FINANCIAL PART.

But it is most certainly a key component in the making of a RICH LIFE!

Here’s to your NEXT PROJECT—and to LIVING RICHLY!

To Your Uncommon Success,

**EDITORS’ NOTE: Michael’s book The 10 Commitments is available at www.MichaelYork.com Or contact him directly at Leader@MichaelYork.com