Pretty maids all in a row by Marti Barletta 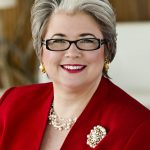 How to translate gender-specific insights and the power of word-of-mouth and -mouse marketing into impactful tactics that get results, by the author of the business best-seller Marketing to Women.  “So what’s new?” Karen asked as they sat down for lunch. “Not much.” Gayle said. “I spent the morning scoping out cars on the Internet. With a second baby, we need something bigger than our sedan, but I can’t make up my mind between a minivan and an SUV.” “My neighbor just got a new SUV,” Karen said. “She was raving on and on yesterday about this new GPS navigation screen on the dashboard— how it’s such a relief not to have to worry about getting lost every time she has to drive Jack to a new ball field. Sounded pretty cool. You want me to find out what make it is?” “Sure!” said Gayle. “And find out what dealer she bought it from, too.” ————————————— “So what’s new?” Dave asked as they sat down for lunch. “Not much.” Tom said. “Same-old same-old. Hey— did you see the game on Sunday? I couldn’t believe it when they fumbled the ball on the 10-yard line!”  NULL

Mary, Mary, quite contrary— How does your garden grow? With silver bells, and cockle shells and pretty maids all in a row.

Let’s say your company has recognized that wooing women customers can grow your share significantly— especially in an industry that has historically viewed men as its primary prospects. Women control an increasing portion of the spending in the category. Trend projections show their influence will continue to grow rapidly. And remarkably, the women’s market still remains largely overlooked by most companies in the industry. Uncluttered by competitive clamor, the opportunity offers a wide-open share of wallet to the marketer who recognizes the power in the premise “first in, first win.” Even better, those few marketers who have ventured onto the scene are learning something surprising: When you adapt your marketing to appeal to women, customer satisfaction rises among men as well. Moreover, because women customers return both more loyalty and more referrals to the companies they patronize, every female convert represents more business in the long run than her male counterpart. All of which adds up to a pretty persuasive argument that an incremental marketing dollar applied to marketing to women will return more bang for your marketing buck than a dollar put into conventional gender-neutral marketing, or even into marketing to men. That is, if you do it right. The Need to Dig Deeper Unfortunately, many companies have adopted marketing to women initiatives that have been both costly and ineffective. Because the field of gender-specific marketing is relatively new, few marketers have experience developing programs that tap into the particularities of this consumer group. After all, we’ve only recently begun to acknowledge that women are different. (“Mary, Mary, quite contrary… Not the same as her friend Harry…”)

In fact, women perceive, believe and behave differently than men— and those differences affect their buying decisions.

Marketing to women can be compared to where marketing to kids was 15 years ago: We know the target has money to spend, and we know they’re different— but not too many people know how to put together a comprehensive program women will respond to. Most articles on the topic offer generic platitudes and stop disappointingly short of concrete applications. General observations such as “You have to understand the target… All women are not the same… Women are complex… Recognize her values and emotions… Women are all about relationships…,” while undeniably true, are hardly actionable.

The end result is that most marketing programs targeted to women fail to maximize the power and potential of this opportunity. How Does Your Garden Grow? As a marketer, your goal is to have women lining up to buy your brand. (Crossword clue: Pretty maids all in a row?) Certainly, women are already buying the category. Your challenge is to grab share: to persuade women to choose your brand instead of your competitor’s. To ensure that your marketing efforts have high female appeal, you must graft the new findings of modern gender research onto the proven effectiveness of classic marketing tactics. The resulting “silver bells and cockle shells”— tactics tailored specifically to women’s needs and preferences— will lure women to your brand and away from the competition. The first hurdle is to get a handle on the differences that really matter. With hundreds of studies sprouting findings in fields as disparate as anthropology, brain structure, human development, sociolinguistics, and more, how do you integrate these into usable insights? The TrendSight Group uses the GenderTrends™ model to organize learnings into three areas: (1) inherent differences in male/female gender culture, (2) differences in how women respond to each of the twelve elements of the marketing mix, and (3) differences in the goals and process of reaching a purchase decision. Once the key insights are identified, the second step is to translate them into actionable tactics. If women are different from men on a given criterion, what does that actually mean for how you design and conduct your marketing program? A systematic way to answer this question is to take one key insight and play out the implications across a wide variety of marketing tactics. For example, let’s look at word-of-mouth, and see how it activates and energizes your thinking across sales and marketing, message and medium. Ten Ways To Translate Word Of Mouth Into Actionable Tactics 1. A New Media Vehicle—The most direct application is simply to get people talking. Whether you call it “buzz marketing,” “viral marketing,” or an idea that reaches “the tipping point,” the new concept of using people as a human marketing medium is a fascinating new tool in the marketing toolbox.

However, what hasn’t been addressed by all the new books on the subject is that word-of-mouth is much more leverageable when marketing to women than to men.

The simple act of talking to one another, sharing experiences and observations, is one of the fundamental bonding mechanisms of female gender culture. Think of it in terms of a social exchange, where each gender has its own currency. Whereas men who find themselves in a conversational situation tend to exchange remarks on impersonal topics such as news, work and sports statistics, women reach out to one another by trading personal stories and highlights from their daily lives.

Consequently, while the initial stimulus to start a buzz about a product or company may be equally likely to attract the attention of both men and women, it is much more likely to be passed along to others by the women.

The key components of buzz marketing remain the same: identifying group influencers (whether you call them thought-leaders, “sneezers,” “connectors,” or mavens); and creating talk value. The essential difference lies in what you choose as your initial stimulus— make sure it’s relevant to women. For example, a car company trying to create attention by linking itself to a sports milestone might find itself overlooked by some women— or at least unreported by them in a chat with the neighbors. Contrast this with a technique used by Oldsmobile for its Intrigue introduction. Drivers at a tollbooth learned their fare had been paid by the car ahead of them. Diners at a trendy new restaurant discovered their bill had been paid by an anonymous friend. Who could fail to be intrigued by these random acts of kindnes
s? And what woman could resist telling the story to every friend she spoke to for the next week? But that’s only one way— the most obvious way— to tap into the power of women’s word-of-mouth. 2. Media Plan Multiplier—The highly quantitative media planning process often yields several options with identical audience delivery. At that point, media planners apply judgment and secondary criteria to choose among them. To tap into the power of women’s word-of-mouth, the tiebreaker that would most extend the impact of the media plan would be reach/frequency among the audience of all women. This recognizes that…

… a woman is always looking out for information relevant to everyone in her daily circle. Throughout the day, she seeks to reinforce relationships by offering ideas to help with whatever aspect of life comes up in the conversation. 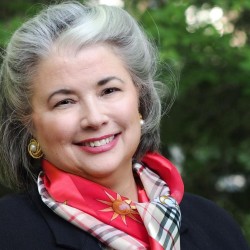 Marti Barletta
To The Huffington Post, she’s “the High Priestess of Marketing to Women;” to TIME magazine, “the Chief Rabbi of the Sheconomy.” Renowned business guru Tom Peters calls her “the First Lady of Marketing to Women” and says she “is one of the best presenters, male or female, I’ve ever seen.”

Marti Barletta shows you how to get more customers, make more money per customer and keep customers loyal longer - simply by getting smarter about women. Her first book, Marketing to Women, is available in 19 languages; and her latest book, PrimeTime Women, focuses in on the market’s high-spending sweet spot - Boomer women in their mid-life prime – and shows marketers how to use this prime segment’s growth, size and buying power to propel their business for the next 20 years.

As the go-to authority on marketing to women, women in leadership and women’s growing role in shaping the 21st century, Barletta has been quoted on CBS, ABC, MSNBC and NPR, as well as in The Wall Street Journal, The New York Times, The Economist, USA Today, Fast Company, TIME, Business Week, Inc., and many other publications worldwide.

A popular speaker internationally, she has enjoyed rave reviews on every continent except Antarctica, including countries as diverse as Chile, Denmark, Dubai, Japan, Norway, Spain, Sweden and Switzerland. She has spoken for hundreds of companies, conferences and associations; and across dozens of industries, including automotive, banking, consumer products, investment services, retail, travel/tourism and real estate development, to name a few. She is proud that numerous clients have booked her for return appearances and sponsored her for speaking series to their key customers.

Her dynamic style, command of her subject and passion for her topic make her a popular speaker. Audiences love her practical tactics tailored to the interests of each audience, her lively style and sense of humor, and her memorable stories about men, women and marketing.