Problems are a Normal Part of Change by Denis Waitley 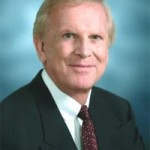 You fertilize your mistakes. You don’t wallow in them When asked, “How do you develop mental toughness in life?”, my response might sound negative at first when I answer, “Always be prepared for a surprise. The surprise might be a negative surprise. Something is going to happen in your day, whether you are late because you got stuck behind a train or your car had a flat tire something is going to happen… And the key is your ability not to take mole hills and look at them as mountains.”

Problems are a normal part of change. Things are changing so rapidly that there are going to be problems you face. So you must look at failure as an event, not as a person.

I’m not a failure. Maybe I’ve had a failure or a temporary inconvenience. I’ve had a stumbling block, and the idea is to turn the stumbling block into a stepping stone, and step on it instead of stumble over it. So look at failure as the fertilizer of success. NULL

Fertilizer stinks, it smells. You see that guy putting it on his lawn and you say, “Wow, that guy fertilized his lawn.” You fertilize your mistakes. You don’t wallow in them, lay in them, roll in them; you pick yourself up off your mistakes and learn from them. You try not to repeat that same thing again. But you look at it as a temporary inconvenience, as a detour a detour in life not as a failure.”