Procrastination, To Dance With Jeopardy And Potential Failure by Iain Bratt

I recently decided to open a box of old photos and papers. I do not know why I chose to do this in 2020, but I ended up holding a paper I had kept from 1977. It was some physics homework that 15-year-old Iain had written. It was two pages of handwritten notes with a circuit diagram on the third page.

Mr. Stacey, my teacher at the time, had written my grade in red pen at the bottom of the page, which included the following note: “Feels like you rushed the project”.  How intuitive of this teacher to realize that I had far more important tasks to accomplish in my teenage life compared with some pointless physics homework. However, as the deadline approached, I am sure I must have said this phrase out loud to my parents: “Don’t worry, I’ve got this”.

Don Marquis said that “Procrastination is the art of keeping up with yesterday”.

Wow, how many people have created a mystique around this “artwork” of procrastination, even to the extent of “Mr. Last-Minute” wearing the label as a badge of honor.

In the 90s I was a student of Franklin-Covey., I still have my tapes that contained Hyrum W. Smith’s teachings on stellar time management techniques. These teachings made sense because they promoted efficiency and economical application on the most valuable resource of all: “time”.

Yet, according to Psychology Today, 20% of us are habitual procrastinators, with some who chronically avoid tasks and search deliberately for other distractions, to substitute the less desirable tasks with less essential ones.

So, if time is our most valuable resource, then why do we procrastinate?

There is a complicated illogical thought process of self-deception when it comes to procrastination. We in our core values know the necessary actions that we need to take, even the consequences and price when we fail to deliver, yet we choose to dance with jeopardy and potential failure. This is due to our inability to work with the forces that assist us as we resist those that oppose the tasks that we need to complete.

“The Great Discover” is a training program that teaches people to examine their processes and systems. This involves documenting the forces that push and pull against a project, a.k.a. the “driving forces”, to propel and accelerate it versus the “restraining forces” that hold back, delay, and interfere with performance and completion.

Surely one of the greatest restraining forces is when we self-sabotage ourselves through procrastination.

So why do we do this to ourselves?

We stay away from tasks or put them off because we do not believe we will benefit from completing our projects sooner rather than later. It is natural for us to avoid these projects since we don’t want to make ourselves unhappy and we fear that we won’t do them properly. People may also procrastinate when they are bewildered by the complexities of a task (such as tax returns) or when they’re exceedingly sidetracked or exhausted.

Research shows that procrastinators may hold different core values than people who complete assignments with diligence. In this research, procrastinators demonstrated that they value personal enjoyment more than others do while having lower respect for a strong worth ethic. Their focus is likely to complete tasks they feel are valuable to them personally rather than those that are allocated to them by managers.

Psychologists have found various catalysts that cause procrastination, such as low self-confidence, anxiety, an absence of form, and a simple inability to find the motivation within to finalize distasteful responsibilities. Research has also shown that procrastination is linked to negative thoughts.

Have you ever had the experience of working alongside people who says these things?

“I can’t fit this in my schedule”. This is said by procrastinators who overbook their calendars. You will notice that some of the most productive people focus on completing the most tasks. However, people will use their busyness as an excuse for not doing their assignments: This is known as, dodging. Instead of facing a task or acknowledging they do not have the drive to do something, it is simpler to put the culpability on having alternative things to do. The antidote is self-honesty self-analysis, and a resolve to change.

“STOP!! I just had an amazing idea”. Attention seekers, the magpie chasing the object that glitters, will use this phrase to procrastinate. These people are often innovators and entrepreneurs, but they lack the discipline to “stay the course”. They are captivated by the latest fad and will swiftly execute those ideas, but they will not follow through to complete them when they become bored.

They end up unintentionally wasting time and burning themselves out and, their inconsistent behavior pushes them away from completing their assignments. The antidote for this type of procrastination is to make a note of those ideas, then revisit them when the time is right and when they have finished the current task.

“I do my best when I feel under pressure.”

This is a deluded thought that people, sometimes confuse with their desire to be a perfectionist, but it is illogical for them to reach the highest standard in a shorter time. Even if the procrastinator “gets away with it” (compounded if they make it a regular habit), this is not a sustainable practice when a person does it consistently. Pray that failure does not arrive during a critical project. However, there is an antidote to correct this behavior: train your procrastinating colleague to focus on a start date, instead of the end date.

“I am so lazy right now,” said in self-deprecation, when these procrastinators do not do something, they become extra hard on themselves. They tend to attribute inactivity to their laziness or obstinacy rather than conceding that they are fatigued. Luckily, these types of procrastinators can find their antidote as they focus on loving and developing empathy towards themselves.

You may hear a person say “I struggle to get started” when they know the deadline is a long way off.  Dan Arierly, a professor of Psychology and Behavioral Economics at Duke University experimented with getting his students to set their own deadlines.

Arierly gave his students three assignments and let them set their own deadlines. He hypothesized that students would choose the last day of the term for their deadlines as this would give them the most time to do their work (and procrastinate). The results of the experiment were that most students who chose earlier deadlines and got better grades, but those who left their work until the last minute got poor grades.

John Perry, a philosopher and professor emeritus at Stanford University thinks procrastinating can actually be a good thing for perfectionists: “As long as they have a lot of time to do a task, they fantasize about doing a perfect job. Leaving it till the last minute is a way of giving oneself permission to do a merely adequate job. 99 percent of the time a merely adequate job is all that is needed.”.

Neil Fiore, the author of ‘The Now Habit’, defined procrastination as “a mechanism for coping with the anxiety associated with starting or completing any task or decision.”. People who procrastinate a lot are usually bad at managing their time and they often end up scheduling in more work than they can do. Not fulfilling these unrealistic expectations causes stress and anxiety which some people deal with by procrastinating. The antidote is to build a buffer that includes time for release and distraction so you can add more fun into your schedule.

Here are some words from wise people for you to consider.

“While we are postponing, life speeds by”. Seneca

“There is no pleasure in having nothing to do; the fun is in having lots to do and not doing it”. Mary Little

“By the street of By-and-By, one arrives at the house of Never”. Miguel de Cervantes

“Postponement: the sincerest form of rejection”. Robert Half

He excels at optimizing day-to-day systems to advance the innovative vision.
Iain has been a corporate consultant in addition to his credentials as the CEO of Lyoness America (US, Canada, Mexico, Brazil), EVP of Life Force International, COO, and CFO. Also, Senior Director at Nature's Sunshine (UK &Ireland), 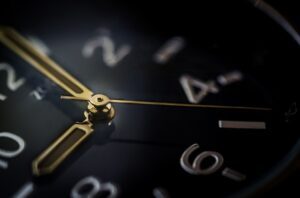