Prospecting Strangers by Using the F.O.R.M. Method By Paul Morris

Prospecting Strangers by Using the F.O.R.M. Method
By Paul Morris

Use the FORM Method with your cold market:
Here is a memory jogger to help guide you in any conversation with a prospect when you have the time to engage in conversation:

Pay close attention to their answers to your questions.

Their answers will be their reasons WHY to join your business.

Family:
• Spouse working; they may want to be able to work from home or
• Leave their job to start a family

If they have children… you could mention
• Private School
• Hobbies – Extracurricular activities – Field trip
• College education… “If I could show you a way to send your children to the college of their choice without draining your savings account, would you be interested?”

If they are girls, you could also add
• College expenses – (Same as above)
• Wedding expenses… “If I could show you a way to give your daughters a beautiful story book wedding without even touching your current savings, would that be of interest to you?”

Occupation:
• Do they like their job?
• Are they stuck in middle management?
• Concerned about layoffs due to automation?
• Feel there is no room for advancement?
• “If I could show you a way that you could double your current earnings and be able to leave your job in the next twelve months, would that be of interest to you?”

Now, do not ask your prospect ALL the above questions, it will look like you are interrogating them.

Just ask one or two until you find their hot button or their ‘reason why’ they would desire to have extra earnings.

All this information helps you have a more effective approach when you ask him or her, the famous question… “If I could show you a way to…

If they do NOT like their job… “If I could show you a way to earn more money in your spare time than you do full time… would that tempt you to tell the boss goodbye?”

If they rent a boat while on vacation at the lake or beach… “If I could show you a way to buy your own ___________(sail, motor, ski) boat and go boating on the weekends anytime you wanted to would that be of interested to you?”

“If there was a way that you could pay cash for season tickets to your favorite team’s games, would that be of interest to you?”

“If I could show you a way that you could take the entire family, children, spouses and grandkids on a 9-day Mediterranean Cruise next summer, would that be on interest to you?”

As soon as you get a yes answer to any of the questions you go ahead and set up the appointment (but do not call it an appointment), call it a ‘time to get together’ and explain how they can earn money with this program.

At this point you can set a time to take them to your website and show them a website presentation, or schedule a time to meet at a restaurant or hotel lobby and conduct a ‘two on one’ with your sponsor present do a ‘one on one’ if you are confident, but if you are at this stage you are working on your own by now. Always try to close, but realize for some people it takes 4 to 6 exposures so never leave the meeting without a time to get together again or for you to a call them. Do a three-way with your sponsor, get them on a conference call, take them to a webinar, give them a CD or a DVD. Stay in touch until you close them, or they say flat out “no”, and then you still stay in touch with them if they look like a good prospect. If you sense they are getting ready to say no, you simply say, “I can tell the timing is not good for you right now so let’s stay in touch and we can revisit this when the timing may be better.” Always turn a potential “no” answer into a “not now” situation and then stay in touch and look for a point in time when they may be ready.

Paul Morris
Paul Morris is a top network marketer and trainer who has been building marketing organizations for the last 50 years. He is known as the mentor’s mentor. He is a former Amway Executive Diamond and has been #1 in the nation with several network marketing companies. Paul has used the principles taught in this lesson to build several organizations to in excess of fifty and one hundred thousand distributors. One organization was approaching one half million distributor/customers. Paul has held monthly volumes in his downline organization alone in excess of 15 million dollars per month. Many people ‘practice what they preach,’ but it is said of Paul, that Paul ‘preaches what he practices’ and has practiced his entire life. Paul can be reached at 954 818-0665 or via email at [email protected] or www.healthandwealthwithpaul.comPaul’s hobby is growing organic vegetables in his own back yard. He encourages people to “grow what they eat and eat what they grow.”On the social/spiritual side of life Paul has spent much of his free time in Scouting, Jail and Prison Ministry and other outreach ministries. He is happily married and the father of three children and has seven grandchildren. Whether it is a group of 14 in a living room or a crowd of 14,000 in an auditorium, Paul is sure to have them laughing, crying, and ultimately motivated and inspired to become all of that which they are capable of becoming. Paul’s philosophy is that success in this industry is not measured by the dollars you earned but rather by the lives you have touched and influenced in a positive way.

Join Here! Use Referral Code  Paul Morris to get this special bonus! 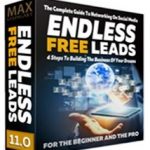 Join Here! Use Referral Code Paul Morris  to get this special bonus!