Teamwork begins with you by Jackie Lee 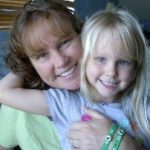 Open the door a little wider to shine some light on the thoughts we usually keep in the dark. It is in those generally hidden areas a lot of the secrets lie. In a recent moment of nostalgia I took some time to look back over my network and internet marketing career thus far, and really take a look at the teams I had built, and at times the lack of team I had built. It was pretty easy to start making up excuses… the products were priced too high, who wants to commit to so many products every month, the people that did joined my team really didn’t want it . . . and on and on and on.

I did that for a while, but when I was able to let go of the blame, the guilt and sometimes the shame I was able to look inside me and see where I may have been cutting off my team building before it even got started.

NULL Many people talk about negative thoughts, and subconscious thoughts that might get in the way of what you really want, and I never really gave much credence to that theory. I thought if you want it, you can do it! I started just kind of free flowing my thinking, and giving the thoughts that I usually tamp down a little time to surface. I thought about what a team means to me, what it entails to have and “run” a team, and lastly I honestly looked at my confidence in my ability to have, be and do all of those things. It was then that I realized I had a lot going on in my mind that I hadn’t realized was there! It was a very enlightening afternoon. Because I truly believe that I am not the only one in this industry that’s having these thoughts when the door is opened just enough to let them eek out, I am going to share some with you. It’s a little daunting, putting it all out there like I’m about to do, but I think you’re worth it!

Once you actually shine a light on some of the little niggling thoughts in the back of your head you can challenge them and really test the amount of truth and reality they hold.

What if people join and they aren’t successful? They will feel like I took advantage of them. Wow now that’s a way to start a conversation! When I really opened the door to any and all thoughts this was one of the first to surface. Let’s test this “assumption” for a second. Let’s look at the words responsibility and guilt, as I believe they are key areas in this line of thinking. I also believe they are two of the biggest reasons people fail to build the team they desire. Am I responsible for people being successful? No, not really. So if I am not responsible for their success, then what am I responsible for?

Providing information, support, encouragement, knowledge, tools I may have.

Yes, those are my responsibilities, and I feel pretty comfortable in my ability to provide that. Next is guilt, what if they hate me, feel taken advantage of, bad mouth me (the list is really endless)? Again when given a reality check I have no control over any of this. I am then taken back to the areas that I have control over, and the ability to provide (see above responsibilities). For me this question came as a bit of a surprise. It occurred to me that this underlying question might actually be repelling my “would be” team away from me. If I am afraid to experience this guilt, and have this overwhelming feeling of responsibility for others, even when it’s not my responsibility, why would I really want to build a team?

In all actuality my underlying thoughts really added up to NOT wanting to build a team.

I found that I had a number of other thoughts that added up to NOT really wanting to build a team. How will I find the time to train a big team? Do I have the skills to help people be successful? What if it gets too overwhelming and I get in over my head? I think you get the point. I don’t think it was necessarily “bad” that I was having these thoughts, what I think was not quite right was not bringing them out in the open sooner. By keeping these thoughts locked away in the back recesses of my mind I didn’t give myself the opportunity to disprove their validity. When I allowed myself to do that I found that almost all, if not all of these thoughts, were completely invalid. I did have the skills, and any skills I didn’t have I had friends, mentors and coaches to help me with. All of these questions really came down to my questioning my ability to be a leader, and to lead a team.

I realized once I looked at them all one by one, that I had made a lot of it up! I DID have the ability to be a leader and to lead a team, and behind me I also had an amazing network of talented people to help me out if ever I faltered.

Now when people on my team call me and wonder why their team isn’t growing in the way they would like, or had hoped it would, my first suggestions is to open the door a little wider to shine some light on the thoughts we usually keep in the dark. It is in those generally hidden areas a lot of the secrets lie. 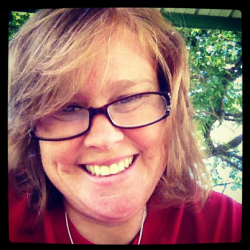 Jackie Lee
Jackie Lee believes it is possible to live the life you want RIGHT NOW. She lives it, and helps other people believe it and live it as well. She lives her life with her husband and daughter, at riding lessons, in the garden, buried in a good book, and of course sharing it all on Facebook and her blog. Working from home has given her the ability to live this life NOW… it can do the same for you. www.WahmLifeRocks.com