The Art of Presentation by David Solomon

As far back as I can remember, I heard that speaking to a group was the most common fear of adults. Later, as a student of The Dale Carnegie School, I witnessed this phenomenon, over and over, as student after… 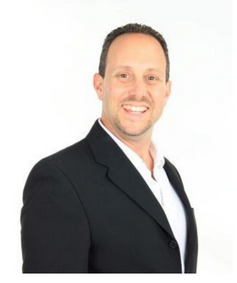 David Solomon
With almost 30 years of senior management and consulting experience, including numerous high-profile assignments for Fortune 500 firms, David has proven to be a dynamic business development professional who routinely orchestrates the design and implementation of sophisticated growth strategies and the development of high performance teams and divisions.

In a previous position, David defeated the fiercest of national competitors to secure sales opportunities totaling $45M. In another, he realized sales of over $4M. He has served as the Vice President of Sales for a multi-media company whose people and projects have been honored with 14 Emmy Awards and executed projects which have been used for ABC’s Nightline with Ted Koppel and CNN’s Money Line with Lou Dobbs. He has raised more than $1M of venture capital and created marketing campaigns that have earned millions more. He has created, produced and syndicated several independent television series, orchestrated a multi-million dollar acquisition deal and dramatically increased the combined annual sales of operations under his direct control.

In his most recent positions as President of both Wealth Builders Group and Virtual Retail International, David created, grew and managed the businesses, utilizing his aptitudes for finance, marketing, sales and operations. His strong analytical skills and innovative ideas led him to noteworthy successes throughout his career, including Virtual Retail International, which he converted from a direct response advertising agency to a media based retailer.

In addition to his business achievements, David is actively involved in community affairs and industry groups and has held board member seats for organizations, including The Salvation Army, The Easter Seal Society and Rotary International, among others.

David receives consistent praise for his intensity and tenacity as well as his leadership and motivational abilities, which he claims originates from a commitment to helping people and providing an unmatched value with his service.

He has created, produced and syndicated several independent television series, orchestrated a multi-million dollar acquisition deal and dramatically increased the combined annual sales of operations under his direct control by more than $52 million!

Latest posts by David Solomon (see all)
No rating results yet