The Captain of the Team by Russ DeVan

Nearly three decades ago, I wrote an article for an industry trade journal known as Upline. The article was titled “The Power of Team Building.” Recently, I was honored that George Madiou chose to republish it in the May 2022 issue of TNMM.

As with most things that I write, I was opinning at the time how I had found that the standard MLM procedure of “recruiting anyone within arm’s length or who can fog a mirror” until you find a few willing to participate in your opportunity, really wasn’t working for too many people.

My hypothesis then became: Perhaps if I was more selective and worked with fewer people, I may get better results. Boy, was I right!

So, for more about what and why, I refer you to that article, as I intend to point out in THIS month’s issue of TNMM (the theme of which happens to be “team building”) something a little different, not so readily seen, but quite possibly, just as valuable.

When I was a little boy, I was the youngest of three brothers; one was 5 years, and one was 4 years older than I was. We had a beautiful big yard in the small town of Hanover, Pennsylvania…PERFECT for a homemade baseball diamond! My father, who adored and took meticulous care and pride in his “Ponderosa,” as he affectionately referred to it, did not appreciate the worn spots and baselines that appeared out of nowhere, and quite swiftly, every summer. Most of the neighborhood children were my brothers’ age, born at the beginning of the post-WWII “Baby Boom,” in 1948 and 1949.

I, however, because our Dad served in Korea as well as in France, came along a little later. Here’s where I’m going with this: My brothers did NOT want me to play, as when “sides” were picked, being a liability, rather than an asset, they found the possibility they might be stuck with me somewhat repugnant!

However, my Mother, the owner and chief proprietor of “The Park” made it clear to all that I played or there would be no game! So my brothers invented a stipulation for accepting me on their team called:

“Okay…we’ll take him on one condition: His ‘runs’ will count but his ‘outs’ won’t!” Pretty funny when I think back on it. However, to a six-year-old, it kinda stung.

Now I see it was a gift. Even then, I longed to be chosen. To be the envy of other teams and players. Perhaps I could even be so good at something that one day I might even be asked to be “Captain?” The highest honor bestowed on a team player!

I know this experience in some form or another happens to many of us. More of us than not. We all have some version of it; Boys and Girls want to be wanted, honored, chosen…invaluable on a team.

What if enrollment in a network marketing opportunity made someone feel “special”….chosen?

Not feeling like the 28th person someone’s talked to today, but the first one that said “yes?” What if you could pick incredible, talented, underappreciated people for your team? People, you want to be around, make a difference for, and make feel good about themselves? Because that is exactly what you have an opportunity to do!

I hear some people today, more frequently it seems, referring to their organization of 15,000+ as their “team.” I scratch my head when I hear this. I find it condescending and impersonal, and quite frankly, a bit egocentric.

My commitment will always be that I can name and tell you about EVERY person on my “team;” Their vision, their goals, their dreams; what’s most important to them, and how unique and spectacular they are! Maybe even be able to tell you about some or most of the people on their teams as well.

I’ve found it easier, infinitely more productive, and much more fulfilling, to “cherry pick” who I want to work with, and then immerse myself in their goals and their success.

I don’t want to be the “big” money, “here I am you lucky people” upline person perpetuating the MLM myth that only a few at the top make money.

True leaders, in my opinion, have the rare and special blessing, to see the gifts, the potential, and the greatness in others, and then SHOW IT TO THEM!  They, in turn, will do the same for their team.

This is what it means to really get the “gift” that this business model called network marketing is.

Want some advice that will make you fall in LOVE with this business? Build a team.

Bask in their success and the knowledge that you were a “catalyst” for it.

Clap and scream when it is they who take the stage to be acknowledged. Watch and feel your heart leap into your throat, while they credit YOU for all of your contributions to them and inevitably tell the big lie that “…they never could have done it without YOU!”

Then you will understand what creating a team feels like and why it’s so important and smart to do and so, so, so much fun…..and last but certainly not least;

You’ll know and feel the well-deserved pride and love that goes along with being the “Captain of the team!” 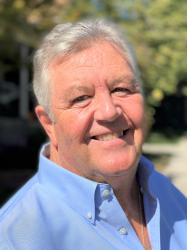 Russ DeVan
Russ DeVan is a standout in an industry that is a blur of purported experts. An exceptional speaker and coach, he inspires audiences to be their best, as well as a dynamic trainer committed to measurable intended results.

Russ is the Founder and President of Success by Design Global, LLC and a contributing editor to The Network Marketing Magazine

His own sales organizations have set records and standards for the MLM Industry. Mr. DeVan is the author of state-of-the-art training methodologies and concepts used by thousands of network marketing professionals worldwide.

PUBLISHER'S NOTE:
WE ARE HONORED TO HAVE RUSS AS A KEY MEMBER OF OUR TEACHING CONTRIBUTING EDITORS.

The thing that I want you to know about Russ is, for years, I have admired the book, The Greatest Networker In The World. The “greatest networker,” that John Milton Fogg created the character from, in this classic story, was Russ DeVan! You know that you will be getting incredible wisdom for yourself and your business. I am honored to be working with The Greatest Networker!