The 5 belief factors of success by Doug Firebaugh

With his typical brand of passion and fire, Doug shares five beliefs that might require tweaking.  There are 5 “Belief Factors” that are so powerful in our network marketing business. And they often determine our Success or lack of it. Here are 5 factors that we all struggle with: It’s easier to Believe that it WON’T happen… than it WILL. That is so true. Many folks fall into the trap of believing what WON’T happen vs. what WILL. And many are sabotaged by the easier route and effort of believing.

I call it The Path of Easiest Belief – the path most take in this industry.

And through Life. It is easier to hang onto the excuses that we have and believe that recruiting won’t work, than taking the time to GROW ourselves into the level of belief that ATTRACTS Success, vs. REPELS it.  NULL And when you have that kind of belief, your prospect can feel it radiating from you and your voice… and your presence. Are you taking the EASY Route? It’s Easier to Believe what is considered Normal than Abnormal. Success is abnormal. Most people in life don’t Succeed, they Succumb. They succumb to the Lies from other people, about how you can never build a business in MLM. Only the Lucky Few ever get to the top. And if you do succeed it’s abnormal. You are going against the grain.

I prefer to call it Growing against the Grain.

You must grow beyond those Normal people that are holding you back. MLM Recruiting is a process based on Communication, and your Belief and Conviction of that Communication, and what is considered Normal in life. Is easier to believe in Normal, than what is considered Abnormal. Are you just Normal – or flat out Abnormal and refuse to believe and succumb to the lies of failure and mediocrity? It’s easier to believe what you have been told a lot, than told a little. You will never do it. It’s too hard. Recruiting is bugging your friends. You don’t have what it takes. Recruiting and MLM is a waste of time. When are you going to get a REAL job? That is what we all hear… (smile)… but what we need to hear is: You can do it. You have what it takes.

Are you? It’s easier to believe in others… than you… We when are recruiting, we believe that others are smarter than we are, more educated than we are, more savvy than we are, and they know more about ourselves than we do. And it impacts our recruiting tremendously. We have many people who influence us, and we care about. But here is the million dollar question:

Can they take you to where you want to go in MLM?

Can they STOP you from going where you want to go in MLM?

Both answers are called a CLUE! It’s easier to LEAVE… than BELIEVE. Most folks don’t stay: At what they do in life, and Network Marketing. Why? In recruiting, we take this Leaving belief with us, as we see most folks leave their success path in most of what they have attempted in life. It’s easier to create an EXCUSE, than to keep going and create a new BELIEF. And we fall prey to that in MLM. Are you recruiting prospects with an EXIT sign in your eyes? Deep down… are you expecting you will eventually leave this industry, because it is easier to Leave than believe? Do you honestly doubt it will work? Understand – people FEEL first… then HEAR. What are your prospects feeling from you? A solid Hard Core Belief in what you are doing? Or a solid Path of Easiest Belief that they are turned off by?

Believe that recruiting is EASY- And Recruiting will be.

Believe that is it HARD- and it WILL be. Believing in recruiting may be a little hard for you now, but it is a whole lot easier than struggling through life – the rest of your life… just to be Normal. Is that what you REALLY want for you and your family? Blessings… Doug Firebaugh 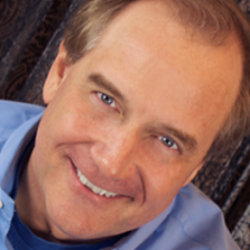