The 5th Lie of Network Marketing on the Internet: by Benjamin Fitts 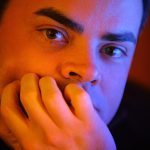 All you have to do is throw up a few banners on a web site (MySpace, Ryze, a blog) and you’ll get a ton of sign ups This month I want to talk about the fifth lie in my series on the 5 lies the experts tell you. This was once true, but no longer is.

A web banner is an early form of internet advertising. The banner was a small graphical advertisement that would appear horizontally at the top of the web page above the content.

As the banners became more common they began to appear on more and more web sites. Other banner formats began to propagate such as banners of different sizes, small buttons, and vertical orientation. Pretty soon banners could be seen on all the big web sites and even on many smaller ones. Companies like Yahoo made the majority of their money from selling banner advertising in the 1990s. NULL  In the mid 1990’s you could commonly get click through rates of 2% or more on a banner advertisement. A click through is the number of times a web surfer clicks on the banner ad. A 2% click through rate means for every 100 people who see the banner 2 click on it. As banners became more popular it became harder to get those kinds of results. Web sites changed strategies. Some web sites put more banners and buttons on their sites to make up for lost revenue. Other people began to develop web banner ads that were misleading. These misleading ads were able to maintain a high click through rate because they didn’t look like an advertisement. Both strategies only served to frustrate web surfers. Sites with too many banner advertisements performed slowly on old computers and slow dial up connections. Sites that had misleading banner ads only angered web surfers who accidentally clicked on something they didn’t expect to be a sales pitch.

Since banners often went at the top of a web page they’d immediately begin to look below the graphics at the text on the page. Tests showed that web surfers often skipped anything that looked like a banner advertisement and went straight to where they expected the content to appear. In addition, several software programs were developed to help block banner advertisements. These programs would automatically block the downloading of banner advertisements which meant people on slow internet connections could surf the web faster. In terms of network marketing the banner advertisement was great. In the 1990s a banner advertisement was a duplicatable system. Companies would often provide some standard banner ads and buttons for their agents to use to promote their self replicating web sites. They could then provide some training on places where their agents could use the banners. This was a method of advertising even novices could do. The internet has changed drastically since the 1990s. Web banners and buttons still have a place in the world and we should still provide these advertisements for our agents to use. However, we need to be realistic about the results we expect. Banner advertisements are going to get a low click through rate – well under 1%. So you’re going to need to get several hundred visitors to a web page to even get one person to click on your ad. Most of your web sites or sales pages are also going to require several hundred visitors before you make a sale. Even well designed lead capture pages are only going to convert 10-20% on average. Ok, a bit confused? Lets make it simpler. You have a web page that gets 1,000 visitors a month. It takes 500 web surfers for one person to click on your advertisement. So, 2 people click on your advertisement every month. But now they’re on your lead capture page or sales page. Again, its going to take 1 in 10 or so for your page to convert them into sales (AND most company web sites are worse than that, 1 in 100). At only 2 people per month your banner advertisement is going to need to be up for at least 5 months before you develop a real prospect from it much less a sale or a new distributor. In my opinion, you can use a banner advertisement as a way to generate some extra leads but they aren’t worth focusing on because they take a lot of time and energy. The typical downline member isn’t going to be able to generate enough traffic to their web site to make the banner worth while. Instead, you can focus on teaching them more modern methods of internet advertising that are going to have better results.

Methods like contextual advertising where you have stories and web pages that “pre-sell” people.

This is advertising that works well without offending the web surfer. It is important for you to let people know that banner advertising was once a very successful method of internet marketing. However, banner advertising is no longer as effective as it once was. While banner ads can still be used to generate leads for a business they need to be on a very popular web site to experience decent results. Don’t expect to put a banner advertisement up on a web site that isn’t popular or put up a web page full of banners and get any results from it. Most people on your team aren’t going to have access to a web site that gets tens of thousands or hundreds of thousands of visitors a month. If they do have that type of web site they probably wont need a banner ad to promote their business! In summary, while banner ads were very effective years ago they have lost their potency. Banner ads are still a simple and duplicable advertising method to teach our new distributors but because the rate of return is so slow we shouldn’t rely on banner advertising.

Instead we should be teaching our distributors new methods of marketing like writing contextual articles on a blog that pre-sell our products or opportunity.

I hope you have enjoyed my series of 5 Lies the Experts Tell You. Stay tuned to the Network Marketing Magazine for future articles in which I’ll cover some newer and more effective methods of building your network marketing business online. 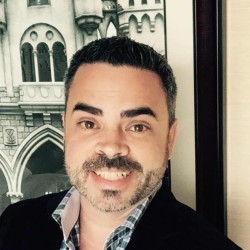 Ben wrote a digital book entitled Nichework Marketing: The Step by Step Guide to Finding and Dominating Your Network Marketing Niche Online. The book tells why finding a network marketing niche is so important, especially when marketing your business online. Ben is also launching a training program to go with the book which will give more detailed instructions on how to find your niche and build marketing web sites around this niche.