Do you have mental clarity and commitment in your networking business? If not, decide what you want, why you want it and what you’re willing to do to get it. There lies the foundation of mental toughness On December 7, 1941, Japan made a grave mistake that would haunt them forever. Some people called the attack on Pearl Harbor the awakening of a sleeping giant. You would think the Terrorists would have done a little more homework before they decided to massacre thousands of innocent Americans on Sept 11, 2001 The sleeping giant is awake again. As a mental toughness coach and strategist to fortune 500 companies, here’s where Bin Laden made his biggest mistake: He attacked us so viciously and so massively that he has united the entire civilized world against him. He’s done the most foolish thing any nation, religion or country can do: He’s backed a giant into a corner NULL …and now the giant is wounded and bleeding…and getting more focused every day. In your lifetime, have you ever seen so many American Flags flying? As a professional speaker, I crisscross the country many times each year. Everywhere I go people are flying their flags and talking tough. The hearts of Americans seemed to be filled with a “Give me Liberty or give me death” kind of sprit. So how does this relate to presentation skills? It’s simple, really.

As I’ve said before, the most important presentation you’ll ever make is the one you make to yourself.

And the foundation of mental toughness is mental clarity. In other words, knowing exactly what you want, why you want it, and what you’re willing to sacrifice to get it. Once this is established, a laser like focus on the goal begins to develop. No longer are you wasting energy wondering what to do, and what price you’re willing to pay. Every thought and effort is directed toward the goal, and the necessary sacrifices are no longer being negotiated. The die is cast and the deal is done. All systems are go. All that’s left is the work and time to complete it. In mental toughness terms, the hard part is over. We are all in the process of witnessing the Mental Toughening of America. The goal is simple. To preserve freedom, liberty and the American way. The sacrifice? Whatever it takes to win. I’m willing to fight, and if necessary, die for this goal, and I’ll bet you are too. That makes us a very dangerous opponent. Knowing the razor sharp mental clarity and personal commitment that all Americans have toward winning the war against terrorism, would you be willing to bet your life savings against us? Smart money is on the mentally tough competitor. So here’s the question: Do you have the same mental clarity and commitment in your networking business? If not, decide what you want, why you want it and what you’re willing to do to get it. Once you have these answers you have the foundation of mental toughness. Without these answers, you’re operating your business like an amateur. Remember the mental climate in the 70’s regarding Vietnam? Nothing was clear. Was it a police action or a war? Should we be there or was it wrong? Protests. Unrest. Chaos. America as a nation wasn’t clear about its goals and objectives, and it cost us 58,000 American lives. The lack of mental clarity is the biggest problem in business today, in terms of performance.

Stop now and make some decisions. Establish your dream and ask yourself if you’re willing to fight for it. If not, then develop a bigger, more emotionally driven dream.

Awaken your sleeping giant, as America has awakened hers. Once you have established a crystal clear, laser focused, emotionally charged vision you have taken the first step. The second step is to write your vision out in an exercise I call a “letter to a friend” This is the exercise I use with Fortune 500 executives to help them extract and clarify their ultimate vision for their personal and professional lives. It’s simple, easy, and more powerful than a locomotive. This one exercise totally changed my life. Here’s what you do: You write a letter to a fictitious friend that you haven’t seen or spoken to in 5 years, 10 years, or whatever the time line is on your vision.

The third step is to read your letter every morning when you wake up and every night before you go to sleep until you have it memorized. After that, you can simply visualize it in your mind during these times every day. This process will ingrain your vision so deeply that your subconscious will automatically go to work to make the vision a reality. The subconscious mind always seeks congruency, just as water always seeks its own level. This means that anything you say is true your mind will work day and night to bring people, money, connections, and anything else you need to make your vision a truth.

Incongruence makes our minds uncomfortable, so this exercise sets your subconscious in motion in an effort to seek congruency.

So get clear…get focused…and get your subconscious in your corner. Your success in this business depends on it. 🙂 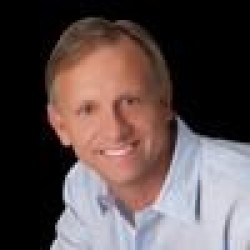 Steve Siebold
Steve Siebold is a former tennis professional, both, athlete and national coach who turned author and speaker on mental toughness training for sales teams.

Steve is an author of 12 books with 1.7 million copies in print worldwide. He is the co-author of the #1 best seller How Money Works.

His television appearances include The Today Show, Good Morning America, ABC News, FOX, CBS, BBC, and NBC Australia. He is the founder of Mental Toughness University in 1986.

Steve has brought back the “Legendary Keynote Speaking Workshop”....
Since 1947, aspiring and seasoned professional speakers have attended the world-renowned Bill Gove Speech Workshop. Bill’s partner Steve has brought this workshop back!
Legends such as Bob Proctor, Og Mandino, Brian Tracy, and Amway co-founder Richard DeVos, credited much of his famed teaching platform to the Bill Gove system.
Even the Network Marketing Magazine co-founders George & Debbie Madiou are Bill Gove graduates from the class of 1998 and one of Steve's original graduates of his mental toughness training.