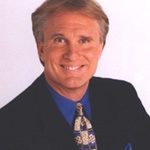 Leaders do not react to the circumstances that confront them on a daily basis; they pro-act from the solid foundation of a personal philosophy that keeps the leader from pitching and tossing during the storms that will inevitably assail their personal and professional lives. In last month’s article, I presented two reasons why Logos Leadership is different from virtually any other leadership program that you will ever encounter. 1. It is a systemic approach to leadership. 2. The foundation of Logos Leadership is philosophical, rather than functional. Here are two more: 3. The theme of Logos Leadership is knowledge.  NULL The ten core competencies of the Leader’s Leader are presented according to the LEADERSHIP acrostic: Logos Example Authority Destiny Education Relationships Systems Happiness Ideation Passing on a Legacy These ten core competencies represent a logically developed blend of beliefs and behaviors that equip leaders to turn ordinary people into extraordinary performers. As we examine each of these success strategies in detail, you will see that they are united by one common theme: knowledge. Leader’s Leaders have a detailed knowledge of both the theory and the practice of each core competency.

Knowledge is the common currency of all leaders.

Leader’s Leaders have a thorough knowledge of the product(s) that their organizations offer, as well as a knowledge of market conditions and industry and/or economic trends that could inspire (or dictate) a change in those product offerings. Leader’s Leaders have tremendous knowledge of people. They thoroughly understand themselves—their own strengths, weaknesses, and opportunities for personal and professional growth. They have knowledge of the individuals with whom they live and work, and they understand what motivates ordinary people to become extraordinary performers. They also possess a broad knowledge of those who are the lifeblood of their organizations—the customers. In short,

Leader’s Leaders understand and utilize the creative thinking skills that can be applied to their particular field of endeavor. They recognize that the human mind is marvelously facile and creative, and they have studied the established techniques that harness the power of that brilliant mind and inspire men and women to new heights of innovation and ideation. People look to Leader’s Leaders for answers because they know their jobs, they know their industries, and they know how to bring out the best in the people around them. 4. Logos Leadership debunks the “Great Man” Theory. There is a pervasive myth that exists within most organizations: the notion that there is one individual who embodies all the core competencies of superior leadership. This person is the so-called “Great Man,” the quintessential leader, who has been blessed above and beyond the rest of us mere mortals and operates at a level of excellence in a number of different arenas. Companies spend a great deal of money searching for this extraordinary individual, and more often than not express disappointment when the person they hire does not measure up to the impossibly high standard they have set. Instead of searching for one superhuman man or woman, organizations should develop a leadership team whose members’ strengths complement and magnify their teammates’ abilities. A Leader’s Leader is not afraid of other people being powerful; a true leader will not promote obsequious “yes-people” whose abilities have no potential to eclipse the leader’s talents. A Leader’s Leader is perfectly willing to confess his or her weaknesses in order to allow others to showcase their personal ability in those particular areas. You might say that

Leader’s Leaders surround themselves with a diverse team of individuals who complement the leader and display strength in those areas where the leader does not. Now, we will begin to examine the ten core competencies of the Leader’s Leader. These are the attitudes and actions which, when carefully studied and applied, will make a leadership team extraordinary. I’ve discussed the why of Logos Leadership—that is, the reasons why I developed this program and why I believe it is unique. Now we’ll begin to examine how it works! So let’s begin to examine the first core competency of the Leader’s Leader; Logos, i.e., knowledge. An organization’s comprehensive, unified knowledge base gives every member of the team their reasons to believe and their reasons to achieve.

The role of the leader in this core competency is as a philosopher,

one who has a unified mind and a unifying principle that brings unity to multiplicity. The philosopher has the biggest picture of anyone in the organization—he or she sees the whole picture, and everyone in the organization looks to that individual for knowledge. Logos is a Greek word that is often translated as wisdom, doctrine, or logic. Logic is framed on the foundation of knowledge. If you are building a structure like the Sears Tower or the Empire State Building, you must construct a massively solid foundation before you can safely and successfully erect the magnificent superstructure.

Knowledge is the very foundation of leadership.

When I say that the first core competency of the Leader’s Leader is Logos, I am asserting that the foundation for the Leader’s Leader—and, indeed, the foundation of Logos Leadership—is a unified philosophy. Many people recoil from the word philosophy, thinking that the study of philosophy is reserved for egg-headed intellectuals on the university campus. But let us examine two dictionary definitions of the word philosophy: Philosophy: “The general principles or laws of a field of knowledge, activity, etc. [the philosophy of economics]; a particular system of principles for the conduct of life.” If we apply these definitions, we quickly see that we are all students of philosophy. Every business leader understands—or should understand—the “general principles or laws” that govern his or her chosen field of endeavor. Without such knowledge, a man or woman is not a business leader at all, but merely one who is blown and tossed by “circumstances beyond our control.” The successful business leader is a philosopher. Leader’s Leaders know the big picture. They understand the principles and laws that govern their particular industry. Furthermore, they understand the larger economic and political picture that affects that industry. This is the knowledge that allows a Leader’s Leader to lead. In addition to a thorough understanding of the workplace, the successful leader has developed “a particular system of principles for the conduct of life.” Once again, the leader is a philosopher! During the 1960s and 70s, many Americans established a system of thought that governed the conduct of their lives—their personal philosophy. That philosophy was often expressed as “Live and let live; you can’t force your morality on others.” While many would be surprised to hear such a simple and seemingly haphazard code of conduct described as a “philosophy,” that is precisely what it is. It even has a textbook definition: relativism. Leader’s Leaders have a much more keenly developed philosophy for personal conduct. They know what they believe and why they believe what they believe. In addition, they also know what they do not believe and why they do not believe it.

Their philosophy governs and guides all their thoughts, words, and actions.

These guiding principles provide Leader’s Leaders with a unity of mind, will, and action
, and they eliminate ambiguity from decision-making. Leaders do not react to the circumstances that confront them on a daily basis; they pro-act from the solid foundation of a personal philosophy that keeps the leader from pitching and tossing during the storms that will inevitably assail their personal and professional lives. The nobility of one’s life is circumscribed by one’s knowledge of what it true, what is wise, and what is excellent.