The Flash Point of Your Business by Randy Gage 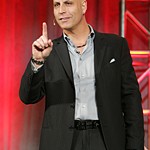 One thing we know is that the New Year is a dynamic time to be in Network Marketing and recruiting is strong.  I heard a figure the other day that is simply mind-boggling. It stated that in the United States, 533,000 jobs were eliminated in the month of November. Now that is just ONE country, and ONE month. The worldwide situation is staggering. I would wager that there probably has never been more jobs lost in any country in any month in human history. We know that losing a job is one of the most traumatic things that can happen to someone. It affects the whole family, and the ripple effects spread out from there. When a plant or company in a town closes down, everyone feels it, from the hairstylists, movie theatres and restaurants. And then the ripple effect goes yet further, from the vendors supported by these people. And it goes on and on… NULL

That’s what we’re seeing in the world today. Car makers are going bankrupt and slashing their advertising, affecting the TV networks, radio stations and newspapers. Then the employees of those concerns dial back their own spending. Another facet of this is charities. Companies sponsor many campaigns and donations were way down already. And all these things taken together will have a very real, and very direct effect on your business for 2009 and 2010.

There has probably never been a point in your lifetime where more people were facing economic uncertainty.

Or a time with more media hysteria and fear among the masses. Truth be told, we are only at the beginning of the meltdown. There are still trillions of dollars worth of mortgages and other derivatives coming due in the next few months. And the government agencies making the bailouts are going to need bailouts themselves! But of course as in all recessions and depressions, people that are bold, savvy and active will prosper. And there may be no better business to prosper in right now than Network Marketing.

What are you doing about it? Do you have some kind of a CD, DVD, or magazine designed as a mass market recruiting tool? Now is the time to stock up with an extra 100 or 200 and get them circulating. How many friends and relatives shared fearful stories about their financial situation over the holidays? Now is the time to invite them back to your place for a home presentation. How many sharp people have you met in the last six or eight weeks, who are probably concerned about their future right now? This is the time to follow up and give them a compelling invitation to your next opportunity meeting.

More importantly, now is the time to dial up your own belief, your intensity about the business, your passion.

Go to http://www.facebook.com search for the MLM Mastery group and join. Use this forum to network, brainstorm and fellowship with other success-minded people, while you build your own belief rock solid. Now is the time to hone your skill sets, and get better at what you do. Go to http://mlm-mastery.com/ and sign up for my free generic six-week e-course to learn how you can be more effective. Now is the time to expand your prosperity consciousness and move from lack to abundance. Turn off the news and stop reading the paper. Get up a little earlier each day, and spend some time on positive self-development. Read or re-read Think and Grow Rich, The Magic of Thinking Big, As a Man Thinketh, and The Richest Man in Babylon. Make sure each time you pick up the phone, get online or leave the house, you are vibrating at such a high level of consciousness that you attract the best and brightest people to you. One thing we know is that the New Year is a dynamic time to be in Network Marketing and recruiting is strong. People evaluate their last year, think about the future and make resolutions.

I believe this New Year could be an absolute flash point for your business. We have the solution to a lot of people’s problems, and there has never been a better time than now.

This is a magic moment, so make the most of it! 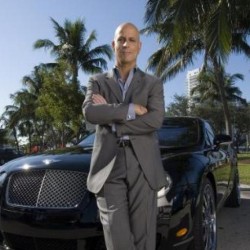 Randy Gage
My name is Randy Gage and I believe.

I believe you were born to be rich, people are meant to be inspired, and conventions should rock.

I believe a blog can change the world and a speech can change a life.

I believe safe is the new risky, boring is criminal, and pitchers should hit.

Call me a philosopher, a Jedi Knight or the millionaire messiah, just don’t call me late for dinner. I like hot cars, warm beaches and cold Dr. Pepper. Quiet confidence and loud ideas are sexy. When I’m not prowling the podium or locked in my lonely writer’s garret, you’ll find me playing 3rd base for a softball team somewhere.

Prosperity Expert Randy Gage rose from a jail cell as a teen to become a self-made multi-millionaire. Along the way, he overcame addictions, getting shot, and near bankruptcy to go on to inspire millions around the world. Randy is the author of eight books on success, which have been translated into more than 25 languages. Connect with Randy at http://www.RandyGage.com
and on Prosperity TV:
http://www.youtube.com/randygage.

If you would like more information, Randy's online press kit is at
http://www.randygage.presskit247.com/.