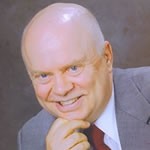 (The 5 apes and the banana story.) Start with a cage containing five apes. In the cage, hang a banana on a string and put stairs under it. Before long, an ape will go to the stairs and start to climb towards the banana. As soon as he touches the stairs, spray all of the apes with cold water. After a while, another ape makes an attempt with the same result – all the apes are sprayed with cold water. Turn off the cold water. Later, if another ape tries to climb the stairs, the other apes will try to prevent it, even though no water sprays them. Now, remove one ape from the cage and replace it with a new ape. The new ape sees the banana and wants to climb the stairs. To his horror, all of the other apes attack him. NULL

After another attempt and attack, the ape knows that if he tries to climb the stairs, he will be assaulted. Next, remove another of the original five apes and replace it with a new ape. The new ape goes to the stairs and is attacked. The previous new ape takes part in the punishment with enthusiasm. Again, replace a third original ape with a new one. The new one makes it to the stairs and is attacked as well. Two of the four apes that beat him have no idea why they were not permitted to climb the stairs, or why they are participating in the beating of the newest ape. After replacing the fourth and fifth original apes, all the original apes that were sprayed with cold water have been replaced. Nevertheless, no ape ever again approaches the stairs. Why not? “Because that’s the way it’s always been around here.” * * * Are you tired of doing your network marketing business the same old way – with the same old results? Just a simple change can create massive results. Want an example? Script #1: Join us now because you can get tax deductions from having your own home-based business. Script #2: Are you tired of paying the MAXIMUM tax rate the government forces on job holders? Guess which “first sentence” gets prospects motivated, leaning forward, looking for an opportunity? Script #1: Our SuperVitamin has 13 years of Nobel Prize research, 101 case studies of absorption data, and 34 minerals that haven’t even been discovered yet. Script #2: Take SuperVitamin first thing in the morning and it will make you feel like you are 16 years old all over again – but with better judgment. Guess which “first sentence” gets prospects to pull out their checkbook? If we are not getting the results we want, maybe it is time to make sure we’re not like the five apes. Let’s question what we say and do – and then change to make it better. Want more magic sentences to say to your prospects? Download them free at www.BIGALREPORT.COM and start using them right away. Tom “Big Al” Schreiter writes the “The Big Al Report” and his professional networker site is: http://www.FortuneNow.com.