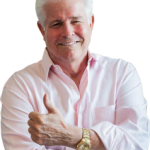 When I joined my sponsor’s business in 1995, he told me to make a list of all the people I knew and then he told me about the  ‘Three Foot Rule’s.

“If there’s a person that’s breathing within three feet of you, they’re a prospect for your business.”

And for the next twelve months I lived by the three foot rule.

I took hundreds of prospecting trips to the mall and networked during happy hour at two upscale bars in Palm Beach.

At the start of my second year, one of my new recruits told me they were going to buy a computer to meet people and I was skeptical.  Three weeks later she recruits the next door neighbor to one of the wealthiest men in Florida who immediately brings in eighteen of his friends.

That was enough for me.  I ran out, bought a computer and jumped on America Online.  That’s when the Three Foot Rule changed for me and gave me an advantage over my competition.  Thanks to the public profiles on America Online ( limited to 600 characters ) I knew enough about a stranger before I contacted them to know they would be interested in my business.  I would go on to add thousands of people to my business.

“When you’re sitting in front of a computer, you’re three feet of the entire online world.”

America Online had thirty six million users at it’s peak but no one called it a social network back then.  Connecting with perfect prospects for your business was as easy as reaching into a big bowl of candy and pulling out the green m&m’s.  People didn’t publish their names and used a ‘screen name’ that many times spoke volumes about who they were.

Over the years social networks have blossomed on the Internet.

Millions of people joined Friendfinder, Tagged, MySpace and hundreds of others.

When Facebook came on the scene publishing your name became common place on the Internet.  When they added a live chat feature and a mobile app in 2009 the Three Foot Rule changed again. Only now three feet was reduced to three inches.

“With an iPhone or smart phone in your hand everyone in the world is within three inches of you.”

Facebook has 1.65 billion users and  the amount of information available to you about each user makes perfect prospect identification easier than it’s ever been.

Today, many of the fastest growing top earners in most network marketing companies will tell you they owe their success to Facebook and the new Three Foot Rule! 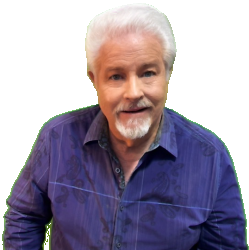 Max Steingart
Max Steingart has been dubbed “The Father of Social Networking” by some of the most famous and well-respected top earners in the network marketing profession.

That’s because Max was the one who first cracked the code to recruit countless numbers of high-quality people onto your team using social networks.

He started way back in the 1990s with the old AOL chatrooms and has pioneered every social media platform since then.

Today, Max Steingart has created the very best techniques and developed the most effective strategies for building your business using LinkedIn and Facebook.

Max’s results stand alone. No other human being has trained more network marketers to become 6, 7, and yes even 8-figure earners by using social media than Max Steingart. His list of students reads like the “Who’s Who” in the network marketing hall of fame.

Join Here! Use the Referral Code Max to get the special Bonus!

Join Here! Use the Referral Code Max to get the special