Ah, the melding of two cultures. The old school mixed with the new school Growing up, one of my favorite shows was the original Star Trek and my favorite character was Spock. He was logical and unemotional… like me (at the time). I loved it when he would place his hands on a person’s head and do the Vulcan mind meld. It was a combining of thoughts, experiences, knowledge, and memories. It was also a melding of two different cultures. As I was contemplating this month’s theme I immediately thought of the mind meld and realized that –

In order for us to be successful in network marketing we can’t be either old or new school, but a melding of both.

All we had was a pad, pen, and our personality. We met face-to-face, belly-to-belly and drew circles. We showed the plan, showed the plan, and showed the plan. It was a different culture than what we see today and yet it worked and continues to work. In 1995 I started with a new company and decided to build on the internet. We developed a team image web site, offered a free book for those who were interested and would provide us with their contact information. We created the tag-team system of e-mailing, where a new prospect would receive 3 to 5 e-mails from our group, showing them a real team approach. We conducted weekly opportunity teleconferences for our network to use and did training conferences for our downline at least once a month. This was truly a “new school” business and it worked. We built a large international network that is still in place today and even though I’ve been semi-retired since 2001, it still generates a full-time residual income.

I learned a valuable lesson in that “new school” business – technology is great for sifting and sorting, but people still want to know that there is a live body behind all the technology.

At first we were striving to build a completely self-contained system that would take a prospect from start to finish without human involvement. Although we built the system, it didn’t work.  We found the answer in John Naisbitt’s best seller, Megatrends. Although the book was published in 1988, it had great prophetic insight into the 21st century. Naisbitt spoke of the need for high touch with the high tech. “Ah, the melding of two cultures. The old school mixed with the new school. As we began to apply this principle to our high tech system, it worked. We used the technology to sift through the lookers and find those who were serious. We engaged them in e-mail conversation and as trust was built, they would agree to a phone conversation. Once we reached that point, our average close ratio was over 75%. True high tech and high touch… new school and old school working together.” I love all the technology we have available to us in network marketing today. It makes building a business so much easier. However, I never want to forget that we are dealing with people and people need high touch. They want to hear our voice or see our face. They still like the personal interaction. The old school and new school must meld together into something better. Something more productive. Something that really works. [Editor’s note: this article is a reprint from the August 2007 issue of TheNetworkMarketingMagazine.com. The wise advice contained is a true today as it was four years ago. It deserves dusting off. Enjoy!] 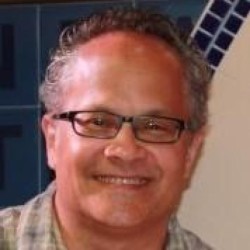 Rod Nichols
Rod Nichols has been involved in the network marketing industry since 1979, as a company founder/owner, distributor, consultant, trainer, coach, and author. His books Successful Network Marketing for the 21st Century and Would You Like to Dig In My Goldmine? were industry best sellers for several years and his latest books, The Twelve Power Secrets for Network Marketing Success and The Ideal Business are quickly becoming must reads for anyone serious about success in network marketing. Rod is also the co-founder of The 2 Percent Plan. He has trained tens of thousands of people and is known as a “nuts and bolts” trainer. Rod is available to speak at conventions, conferences, or any other event requiring a dynamic outside speaker. More information about Rod, his fees, and other great network marketing resources are available on his website at www.RodNichols.com or you can e-mail him at [email protected]