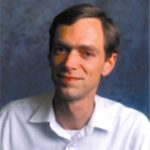 Tell Me What To Do – So I Won’t Have To Do It  Among orchestral musicians, there is a favorite story about Fritz Reiner, the brilliant maestro and stern taskmaster of the Chicago Symphony. Reiner was famous for his tiny, hyper-controlled conducting movements (more or less the opposite of the grand-sweep-gesture Leonard Bernstein school). One day, as a joke, a double bass player brought in a pair of binoculars. As Reiner began to conduct the rehearsal, the bass player raised the binoculars and peered through. Without missing a beat (literally), Reiner continued conducting with his left hand while with his right, he scribbled a hasty note and held it up so the bass player could read it. It said, “You’re fired.” That’s one leadership style. My father has a different one. NULL

For fourteen years, my father conducted one of the country’s most famous amateur Bach choirs (in Bethlehem, Pennsylvania). I played in the orchestra. My father’s voice is so soft, it’s often hard to hear in normal conversation; on a crowded rehearsal stage, practically impossible. However, I have noticed that not a single musician ever misses a word. Why? Because they are so quiet, a dropped pin would sound like cymbals clashing in the 1812 Overture. Why so quiet?

Because they are craning to hear his every word.

I’ve seen the most cynical, don’t-tell-me New York union musician turn into putty when my father makes a suggestion. People turn themselves inside out to follow him, and would follow him anywhere. There are two reasons for this: he is superb at what he does – and they like him. That is another leadership style.

Reiner was brilliant with the Chicago Symphony. He would, I submit, have been a lousy network marketer. Why? It’s about leadership – and leadership style.

Why is leadership so crucial in network marketing? Because of the nature of the beast. Professionals expect to be told what to do. They expect to show up, do a job (whether or not they “feel like it”) and get paid. That describes the Chicago Symphony. It does not describe the Bethlehem Bach Choir. And it does not describe us. We are amateurs. We inherently don’t expect to answer to any authority. We even tout this as a many-splendored benefit of the business: “Be your own boss, choose your own hours, choose where and how and with whom you work.” We also crave the holy grail of the “duplicable system.” Yet there’s a funny thing about a duplicable system: it only duplicates when people do what they’re told.

What does it take to make this work? Leadership. As I write these words (mid-November 2000, during the controversy around counting Florida votes in the Bush–Gore presidential race), we don’t yet know who is going to be the next president of the United States. By the time you are reading them, we doubtless will have chosen one—or one will have been chosen for us. (Or perhaps we will have become another fractured Banana Republic with revolving-door governments and revolutionaries in the hills.) Nevertheless, I don’t think the dead-heat drama in Florida is about facing a tough choice between two exceptional options. I think it is about a nation entering its next century in a state of stunned paralysis, a perfect symmetry of disinterest… a sort of hydrogen death of leadership. We are having a crisis in leadership. That’s not news; Richard Brooke, for one, has been saying it eloquently for years. And, adds Brooke, whatever it is you may think your company is selling and you are offering to others – a product, a service, an opportunity, a lifestyle, an income—the greatest gift your business has to offer the world is leadership. I agree with Richard. President or not, what this country needs, what this world needs, is leadership: not just the glitz, gloss and gives-good-press media veneer that so often passes for leadership in the public eye (and yes, we have our version of that kind of leadership in this business, too), but True Leadership.

When True Leadership speaks – even when in a voice as soft as my father’s – people listen, because they trust. That kind of leadership, we’ll follow.