Turn on the Switch to Your Hidden Energy by Jack Zufelt 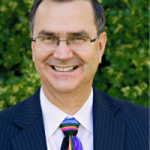 When it is your heart-set, you will always find a way to make it happen. Although many people acknowledge that we are born with an incredible, God-given power to do, have, or become whatever we want, no one has explained what it is or how to turn it on. We wonder, “Where is the switch to my hidden energy?”

Your Core Desire is the switch.

Having your heart fixed on your Core Desires is how your latent talents, gifts, and abilities are unleashed. Once you have a genuine, clear, and accurately defined Core Desire, you will expend all the necessary effort, for as long as it takes, to overcome any obstacle in your way in order to achieve it. If you dismiss what you desire most, you also dismiss the very source of your power. Your Core Desires are not wishes, whims, or insincere and artificial goals, nor are they New Year’s resolutions that are made with little commitment to fulfilling them.  NULL  They aren’t even wonderful dreams, or things that would be nice to have. Those will not bring results. Your Core Desires are the things in life that really get you excited. When a Core Desire is driving you, things may stand in your way, but nothing will stop you. OVERCOMING THE ODDS Colli Butler grew up with alcoholic parents. Her mother went through five marriages. Her father, who had more marriages than her mom did, left when she was a toddler, and she never saw him again. As a teenager, she had such a volatile relationship with her mother that she moved out of the home more than twenty times in just four years. She moved from place to place, often living with friends – always seeking a more stable and happier environment. Her life was hard, to say the least. She overcame seemingly insurmountable odds and this emotionally unstable background to become a highly successful woman in network marketing. And she has maintained a very happy and healthy marriage. By the time she was ten, she had seen women whose lives were full of suffering, sometimes brought upon themselves by making wrong choices. Colli learned from those negative examples and vowed never to make those mistakes herself. She got involved in building the spiritual area of her life, which has continued to make a positive impact on all areas of her life. She went after her success with all her heart.

We all have the innate ability to achieve what we most desire, no matter what barriers exist.

When my son was twenty-two years old, he wanted to buy a truck so he could start a lawn care business. His Core Desire was to be more independent and self-sufficient, but he needed to buy a truck. His former boss had a great truck. Having seen that truck at work, he knew that he needed one just like it. My son and I went to almost every dealership in the Denver area, to no avail. Although my son had excellent credit, he had no credit history. No dealership would finance him without a co-signer. When he asked me to co-sign, I turned him down. I told him I didn’t believe in making things so easy for children that they were robbed of the chance to stretch and succeed on their own. I offered to loan him money for a down payment if he needed it to secure financing . For two weeks every car door was slammed in his face, so to speak. He was naturally discouraged, but he refused to give up. Finally he decided to call his old boss to ask if he knew of any way he could get a truck like his. His boss said that he had recently purchased a new truck and that the old one was just sitting in his driveway. He then offered to sell it to my son-and even to carry a contract on it! Within hours, my son closed the deal and ended up getting the very truck that had inspired him in the first place. Such is the strength of a heart-set.

When your heart is set on something, you don’t give up.

You fight, dig, and scratch until you get it. Sometimes these things require blood, sweat, and tears. But when it is your heart-set, you will always find a way to make it happen. By Jack M. Zufelt “Mentor To Millions 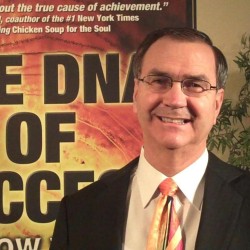