prospects for your Network Marketing opportunities.

I am going to start out today taking a peek at Screen Capture recordings,

that I will examine in future articles.

Rest assured, that the screen capture style will not require seeing you

on camera, which is a great place to start! Watch as I explain in my 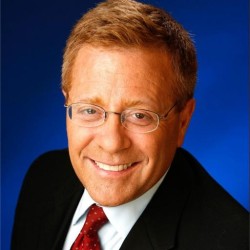 Todd Gross
Todd Gross is a video marketing expert. He brought his 30 years of television broadcasting experience with him online and built a second career on the Internet.

As a meteorologist at a Boston TV station for 25 years and other places, including CNBC, and winning 3 Emmys plus 2 additional nominations, Todd brought his knowledge of green screen and videos with him to enhance his online video creations and to teach others how to do the same.

Since then, Todd has become the top spokesperson for Internet Marketing through his standup videos and voice overs for other people's products. Since 2014, he's also been the #1 affiliate on JVZoo which is a platform that brings affiliates and vendors together in one place.

Todd, along with his team, also help others bring their products to market. Working closely with the product owners, they spend months preparing for a product launch. So far in 2017, they have produced several 6-figure launches and 2 that grossed almost $1 million in sales each during each of their 7-day launches.

Todd loves snow -- and anything outdoors. He is also an award-winning astrophotographer. He and his wife have 2 adult children.

Latest posts by Todd Gross (see all)
No rating results yet