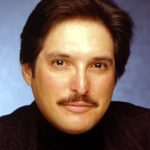 Network Marketing: the Most Powerful Business Force of the 21st Century Blood was running in the streets. Angry mobs toppled cars, smashed windows, seized hostages and stormed government offices. Violence raged through several cities across China. When it ended, ten people lay dead and more than a hundred injured. Was this a scene from the Boxer Rebellion? Chairman Mao’s Cultural Revolution? The massacre at Tienanmen Square? No.

It was the Chinese people’s reaction, just last April, to a government ban on Network Marketing and all other forms of direct selling.

“It’s necessary to stop the operation of pyramid sales,” said Wang Zhongfu, director of China’s State Administration for Industry and Commerce, “since it has begun to hurt social stability and economic development.”  NULL The crisis aroused little interest in the foreign press. But for millions of Chinese, the ban threatened their deepest hopes and dreams. So what else is new? Network Marketers and government regulators have been locking horns in every corner of the globe for 50 years. Somewhere, at some time, most successful multilevel marketing companies have been condemned as “pyramid schemes.” Cynics could easily dismiss the Chinese ban as but one more example-albeit an extreme one-of Network Marketing’s familiar regulatory woes. But something was different this time. Unknown to China’s Marxist rulers, a new era had dawned in Network Marketing, an age of unprecedented power for the industry. Chinese officials would discover, in just a few weeks, that they had picked a fight they could never hope to win. They had stumbled directly into the path of an onrushing tidal wave. This wave was set in motion by technological advances, drawing momentum from man’s natural yearning for liberty, propelled further by the corporate drive for quick, cheap access to markets.

This gentle ripple we call Network Marketing had grown to a storm surge, an irresistible maelstrom of freedom and enterprise that I call “Wave Four.”

In the years ahead, Wave Four will shake our economy to its roots. It will leave this world a freer and more prosperous place. And it will transform Network Marketing into one of the most potent business forces of the new millennium. Network Marketing the Choice of Presidents “You strengthen our country and our economy, not just by striving for your own success, but by offering opportunity to others . . .” The man who spoke those words was President of the United States at the time. It was a videotaped statement specially prepared for sales representatives of Direct Selling Association (DSA) member companies. The DSA is a trade organization based in Washington, D.C., composed mostly of Network Marketing companies. He went on: “I’ve followed your industry’s growth for years now . . . Your industry gives people a chance, after all, to make the most of their own lives and, to me, that’s the heart of the American Dream.” Could it be Ronald Reagan, singing the praises of free enterprise and individual initiative? George Bush, on a feisty day? Neither. That was William Jefferson Clinton. When even big-government Democrats have to reach over and toss you a bone, you know that you’ve become one of the Big Dogs. Not bad for an industry that was nearly abolished by the Federal Trade Commission only 20 years ago. Network Marketing did not attain such power overnight. The process has been unfolding for more than 50 years. According to Nicole Woolsey Biggart, management professor at the University of California (Davis), the first multilevel compensation plan was introduced by Nutrilite (now a division of Amway) in 1945. This inaugurated what I call “Wave One,” the Wild West phase of Network Marketing. As described in my book, Wave 3 (Prima, 1994), this was the industry’s frontier period. Companies grew with reckless abandon. But government regulators targeted them with equal recklessness, often making up the rules as they went along. The chaos of Wave One came to an end only in 1979, when, following an acrimonious investigation, the Federal Trade Commission ruled that Amway and, by implication, Network Marketing in general was a legitimate business, not a pyramid scheme. Encouraged by the friendlier legal climate, the industry entered what I’ve called Wave Two. Breakthroughs in computer technology let entrepreneurs run companies from their desktops. The 1980s saw unprecedented growth in the sheer number of startups. But during Wave Two, the average person still faced fearsome obstacles in building a distributor organization. Former International Business Machines salesman Don Held experienced first-hand the rigors of networking during Wave One and Wave Two. Starting his Amway business in 1969, Held built his downline the hard way.

Not only did he have to recruit and train new distributors, but he had to hand-write their commission checks every month.

The 900-square-foot house he shared with his wife and six children was transformed into a warehouse. Every bulk order from his downline had to be processed, packaged and shipped by hand. During the summers, when Held’s children were out of school, the whole family would pile into a 30-foot motor home and travel the country like gypsies, building the business as they went. “Network Marketing, in those days, was as primitive as a Model-T,” Held recalls. In future years, the 90s will be remembered as the decade when Network Marketing became a serious industry. Held was blessed. He had the drive and persistence to succeed in the face of every obstacle. He became a millionaire within five years, and today collects hundreds of thousands annually. But he often wonders how much more quickly he might have achieved his dreams had he started out today. “It’s a whole lot easier for those fellows now,” Held muses. Like other multilevel companies, Amway revolutionized its methods in the 1990s. Customers now order products from an 800 number and receive shipments directly from the company. All a distributor has to do is collect his commission check, issued each month from a company computer. Prospecting videos, audiotapes, teleconferences and satellite TV broadcasts have largely automated the recruiting process. Dedicated voice mail systems have streamlined communications within downlines. Fax-on-demand services have freed upline leaders from having to answer repetitive questions. Three-way phone calls let raw recruits listen while their more experienced sponsors close new prospects. Compensation plans have larger commissions flowing to distributors for less work. Held points to a couple in his downline, Joe and Doris Shaw, who became Executive Diamonds— earning the same commission level as Held-after only three years in the business. “I’ve got people in my organization who are making, in their second year, what I made in my tenth year,” Held says. Wave Three had begun. A Decade of Growth In future years, the 90s will be remembered as the decade when Network Marketing became a serious industry. According to a June 23, 1995, article in The Wall Street Journal, the total number of Network Marketers in the US increased 34 percent between 1990 and 1994. The number of full-time distributors doubled between 1993 and 1994 alone. Network Marketing today is a $90 billion-dollar global business, with some 27 million Networkers participating around the world, according to the Direct Selling Association. A weighted measure of publicly traded MLM stocks called the Upline Index outperformed the Dow Jones Industrial Average and the S&P 500 by nearly 80 percent in 1995.

Ten years ago, most direct sellers worked on straight commission. They were not allowed to recruit others to sell, or to draw commissions from the sales of recruits. In 1990, 75 percent of the Direct Selling Association’s member companies used such non-multi-leve
l compensation plans, according to DSA president Neil Offen. Nine years later, all but 22.7 percent are full-fledged Network Marketing companies. One of the most important converts to Network Marketing has been the multi-billion-dollar direct sales giant, Avon Products. Many rank-and-file sales reps opposed Avon’s first experiments with Network Marketing, called the Leadership program. “What if Avon gets a bad name over it?” Avon lady Lisa Wilber asked herself at the time. Rattled by all the MLM exposés she had seen in the press, Mrs. Wilber told her district manager, “I’m not going to do it.”