What if You Were a Millionaire? by Teresa Romain 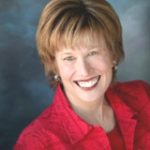 Because your time and life energy is finite, it’s important that how you make and use money conserves or adds to your life energy. Long before most of today’s self-proclaimed gurus began glibly instructing the world about scarcity and prosperity, Teresa Romain was presenting her unique, positive perspective on abundance. She’s the real deal— a tough love coach who claims to be more student than teacher, Teresa always provides both the principles and the practicals: First, laying out the problem, then showing and telling proven solutions she’s put into play in her own life and work with thousands of clients and seminar participants. And, because some of her best friends are network marketers, she’s always been able to focus on the unique demands and opportunities of the men and women in our business. ‘What if you were a millionaire?’ Teresa asks. ‘You are’ she answers. There’s lots more…. No matter where you are with your network marketing business… at the top level of the compensation plan, just beginning, or somewhere in between making $200-$300 each month… YOU ARE A MILLIONAIRE –  NULL  or at least a guaranteed millionaire in the making. Pretty exciting, huh? How do I know this? Let’s assume you (or your household) make $25,000 gross annual earnings each year. Many people or households easily make this much each year… often 2-3 times that! (I know what you’re thinking— hardly millionaire earnings, right?) Now, let’s assume you had never heard of network marketing and the financial freedom it offers. Let’s assume that you stayed in that broken American Dream paradigm we hear of so often— the one that has you get a job and work for 40 years and then retire. Well, if you average just $25,000 a year for 40 years— that’s ONE MILLION DOLLARS! That makes you a millionaire— and you didn’t have to do anything extra to get there! If you make $50,000 or $75,000 each year, then you are a multi-millionaire! What is Your ‘Lived Reality’? So often in network marketing, we don’t believe that we can make a lot of money. This limiting belief actually prevents people from doing so. We may want to make a lot of money, but don’t really believe we can. However, if you realize that you already make a lot of money (one million dollars!) you can break through those limiting beliefs.

Making money is something you already know how to do. It is a ‘transferable skill’ that you need only learn to apply in your network marketing business.

This is much more empowering than thinking you have to learn how to do something you’ve never done before. And, as millionaires building a network marketing businesses, you can do two things: You can make more money (if you choose to do so) and you can use the money in such a way that you feel and live like the millionaires you already are. Unfortunately, most of the people in this country do not have a ‘lived reality’ that reflects the level of wealth they generate over their lifetime. Consider the following depressing facts: 87 percent of Americans are one or two paychecks from insolvency. 85 percent of Americans have a true net worth of less than $250. Among the roughly 60 million households with credit cards, the average balance carried on those cards exceeds $6,000. Personal debt in America is at the same level as the national debt. The national debt at the end of 1995 was $4.97 trillion. Total consumer debt at that time reached a record-high $4.8 trillion. That means that 92 percent of family income for the average American, after taxes, is spent on paying debt. It’s even higher today.

These statistics speak powerfully to the need for network marketing.

It’s time for you to go down a different tunnel— one that leads to success, freedom, time, energy, and abundance no matter what your past, present, or future income level!

The Rat Race for More So what tunnel are you running down hoping to find the cheese of prosperity? What are your current paradigms of money and money management? First and foremost, often engrained since childhood is the idea that you need to make more, that ‘more is better’. We’re trained to pursue having or being the ‘most’, the ‘best’, the ‘greatest’. In a world of superlatives, you usually wind up feeling ‘less than enough’. You wind up focusing on all that you don’t have. In no place is this better demonstrated than in your relationship with money. Money becomes your answer…the ‘golden key’ to fulfillment. Why else would lottery and gambling sales be skyrocketing year after year? In the book Your Money or Your Life, authors Joe Dominguez and Vicki Robin, describe how the relationship between money and happiness is formed in our society. At an early age, we are the receivers of a great many ‘material possessions’. At first, these are the items necessary for survival, such as food, clothing, and shelter. As we get older, we add ‘comfort items’— a special toy, a pretty dress, baseball cards or sports equipment. In doing so, we become aware of money and the fact that we can use it to buy things that make us feel happy, loved, secure, and powerful. As we get older and have more money available, we continue this pattern, perhaps buying ourselves ‘luxuries’ or ‘treats’ as a reward to ourselves for hard work, sacrifice, and success. Each time you do so, the paradigm of money— or spending money— making you us feel happy, loved, or powerful is reinforced. This relationship with money works because the amount of fulfillment we receive from spending the money is greater than the actual cost/amount of money spent. However…

…the relationship between money and fulfillment stops working when you spend money and don’t feel as happy as you thought you would. You have ‘buyer’s remorse’, you question if ‘it was worth it’.

The society we live in is one that creates a pattern of ‘over-consumption’— with ‘over-consumption’ defined as no longer receiving a lasting level of fulfillment and happiness that is greater than the cost (in terms of dollars and time) incurred to achieve or attain a particular item, lifestyle, or status. In
stead of feeling fulfilled as you get older and wealthier financially, you often feel less fulfilled, less satisfied, and more stressed and more trapped. The cycle continues and you become like the rat looking for the cheese in Tunnel Four, because it ‘used to be there’. (Maybe that’s why it’s called a ‘rat race’?) What’s ‘Enough’ for You? The good news is there is a way to break out of this cycle. This involves each of us becoming aware of our individual levels of fulfillment and determining our personal levels of ‘enough’. ‘Enough’ is that place where the amount of satisfaction, happiness, and fulfillment is always greater than or equal to the amount money and energy spent in achieving it. Each of us has our own unique level of ‘enough’ and no level is ‘right’ or ‘wrong’ or ‘better than’ another. For you, ‘enough’ may be $1,000,000… for another, it may be $30,000. What matters is that each of us receives true and lasting fulfi 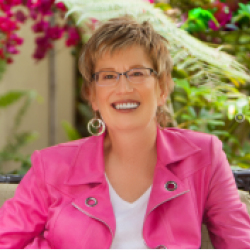 Teresa Romain
Teresa Romain is the President & Founder of Access Abundance!™ and has been a speaker, trainer, coach and all-around catalyst for transformation and abundance in people’s lives for more than 20 years. The creator of the Claim Your Money Power! Program, one of Teresa’s passions is to support entrepreneurs who are frustrated working their butts off yet not having the money they desire experience the freedom, ease and abundance that comes from being completely debt-FREE with money in the bank.