When I heard that Zig Ziglar had died… by Lisa Wilber

“There are two ways to climb an oak tree. You can climb it – or you can sit on an acorn. This book was written to help you climb it.” ~Zig Ziglar When I heard that Zig Ziglar had died, I…

This content is for 27 Percenter Success Annual Renewal with almost $900 of success BONUSES!, 27 Percenter Monthly Renewal and 27 Percenter Lifetime members only.
Log In Register 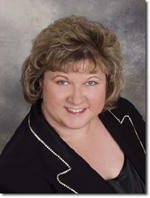 Lisa M. Wilber has been selling and recruiting for Avon Products, Inc. since 1981 when she was 18 years old, full time since 1987. She earned the title of “Senior Executive Unit Leader”, which is the top of the pay plan in Avon’s network marketing program in 1994 and has maintained that title growing her team ever since. Lisa has been in the top money earners at Avon for over a decade and a half earning many all expenses paid trips along the way including trips to Hawaii, Puerto Rico, Alaska and the Mediterranean. She has been a professional member of the National Speakers Association since 1998 and has conducted training seminars throughout the United Stated, United Kingdom, Canada and Ireland.