Who is Really in Charge? by Jim Rohn 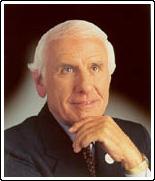 Finally, the elections are over. Some of you are certainly very happy and some are probably unhappy with the outcome and that is to be expected. Every four years we Americans participate in this grand experiment called America and we elect a President to lead us. That of course spurs lots of different opinions and positions and people can become emotionally involved with the outcome.

Let me explain: While they may play a role in what direction the stock market goes, they do not have an effect in how an individual stock goes, or in whether or not you can make money in the stock market. So, while we certainly should vote and participate in the process, we must understand that no single person –other than you – will have an affect on what your individual life outcome is.

Let me give you some more examples:

The fact is that even in the worst economies, including recessions and depressions, there are those who will continue to thrive and even become extremely wealthy.

In the great depression, there were countless people who, because of their individual efforts, became millionaires. So, no matter what the economy is nationally, you can become wealthy in the next four years. You don’t have to wait for anyone.

A President may promise to create jobs, but the only person who is going to create YOUR job is you! You determine whether or not you have a job. The President doesn’t, the economy doesn’t, and the industry doesn’t. No matter how bad things get, there are always those who have good paying jobs. You choose what kind of person you will be, and how valuable you will make yourself to the marketplace and thus, what kind of job you will have. So, no matter what the job situation is nationally, you can have any job you want in the next four years. You don’t have to wait for anyone.

A President may promise to do something about taxes, but no matter what the tax rate is, you can still build your personal wealth. Much of my wealth came to me when we still had extremely exorbitant tax rates. I have often said that if you want to be a millionaire and the tax rate is 50%, then just make two million. You determine how much you will have left after taxes, not the government. If you don’t like what you have left, make more.

Now, am I saying we shouldn’t work to lower tax rates? No, but I am saying that we can be in control of our own lives regardless of the tax rate.

So, no matter what the tax rate is, you can earn more money in the next four years. You don’t have to wait for anyone.

A President may promise to make your health care available to you but you can make health care available to yourself! It isn’t that people can’t afford it, it is that you can’t afford it. What is the answer to that? The empowering answer is to do what it takes to put yourself in a financial and career situation wherein it doesn’t matter what the cost is, because you can afford it. Again, I am not saying that we shouldn’t work to make health care affordable for people, but when you leave it in the hands of someone else, then you make yourself dependant upon them, rather than becoming independent.

Those we elect are not the givers of our financial lives. I sometimes think that many people think that if we can just get the “right” person elected, then their lives will suddenly take a turn for the better. Not true. You determine the outcome of your life.

Fortunes will be made in the next four years, no matter what. Some people will join the ranks of millionaires. That is amazing. The only question you have to ask is whether or not you will be one of them. People with high skills will always be in demand for high paying jobs. People who have a superb product or service to offer will always be in demand.

Did you vote? That’s great – we should as our civic duty. But the most important thing is not whether your candidate won or lost, but what kind of decision you will make about your own life, your own career, and your own financial situation, no matter who is in office.

Do that, and the world is yours for the taking.

Latest posts by Jim Rohn (see all)
No rating results yet 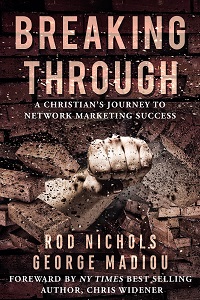