Why weaklings are Good for Network Marketing by Larry Hochman 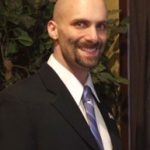 Love them and recognize the unique and wonderful contributions they make to the health of your organization and the network marketing industry as a whole.  One of the most common statements I hear among successful network marketing professionals is that they want to populate their organizations with strong individuals… leaders. I agree with the statement. When I was building an organization, I wanted independent, competent, confident, butt kicking fearless nail chewers in ours as well. But I also wanted weaklings. Let’s clarify what we mean when we say weaklings. I didn’t want people with negative energy dragging down the whole group. I also didn’t want people who are so afraid that they won’t make any moves without someone constantly holding their hand. But I did find immense value in having people who don’t have world domination as their goal. I’m referring to good soldiers. NULL

These are people who don’t want to lead. They want to follow. They want to be told what to do by someone with strength, confidence and conviction.

There are lots of reasons for this, some of which are obvious and some of which may not be. Let’s start with the obvious. Among the trainers I’ve studied, most say about 80 percent of the volume that’s consumed (either products or services, depending on your program) is ordered by the end consumer. Our organization, over a five year period, basically bore that number out. Many people were buying for themselves, or for one of two friends.

These people were getting what they wanted out of the business, which are products and services that are superior to what they’d otherwise find in the marketplace.

They were also in a positive environment which is far superior to where they spend most of the rest of their lives. There are other reasons why you want “weaklings” in your organization that may not be so obvious at first, but if you look closely at the networking world, particularly the “heavy hitters” it will become more obvious. I worked with a lady who was the stereotypical “Type A” personality. She achieved a middle six figure income because she was willing to put on the blinders for a two year period and not deviate from a system that had created enormous success for the people who came before her. That model of doing business served her well during her major building mode. She arrived at the top of her company’s pay plan. But that same intensity also held her back from building relationships and forming partnerships with the other top people who could have helped her sustain that level of success.

At a certain point the system on which she built her success stopped working, and she didn’t find a way to adapt to the changing conditions around her.

So she decided to try building a local training in her area. Instead of building coalitions of people who wanted to contribute to the success of the organization, she’s made the same demands of people that she made of herself when she worked her way to the top. These folks didn’t want what she wanted, at least not enough to make the sacrifices she made. They weren’t “leaders” in that sense. But they certainly weren’t “losers” either. They were good people who wanted to be part of a group of positive, fun-loving people who build a little bit of income. They were an attractive bunch! Between them and the ten percent who are serious full time networkers, it would have been a good group to bring a new prospect to. But my friend didn’t see it that way. She expected everyone around her to have the same level of commitment she has. It didn’t happen. And instead of accepting this reality and graciously accepting the help and support being offered, she’s scared off the people who could be her best cheerleaders and resources. Her drive is got in the way of seeing what’s around her. If she could have seen more clearly, it would have been easier to notice the human potential and resources that are all around. That’s why “Type A’s” often have a hard time asserting leadership in network marketing. They work harder than everyone else, so they see everyone else as less valuable than they are. They lose faith in others, and these people in turn lose faith in themselves.

Remember, these are the people who will usually consume most of the products or services in your program. Some of them, with time and continuing personal development will grow into leadership roles.

Some of them will connect you to the people who will become the leaders in your organization. But they won’t do any of the above if they get blown out of the water! Protect your weaklings. Love them and recognize the unique and wonderful contributions they make to the health of your organization and the network marketing industry as a whole. These are your babies, and you should take care of them. And remember, out of the mouths of babes comes the most incredible wisdom! 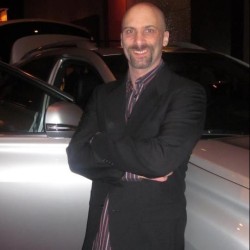 Larry Hochman
Larry Hochman, M.S., C.A.G.S. is the founder of NO MORE HOLDING BACK. He helps individuals and groups break through self-imposed limitation and achieve success in business, careers, relationships, health and happiness. He has spent the last 20 years helping others "play their way to success." He is a long-time educator, counselor, author and professional juggler. Get the latest updates, rants, raves and killer wisdom from Larry at http://NoMoreHoldingBack.com