Win The Race – By Staying In One Place! by Len Clements 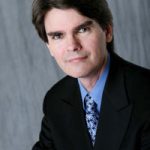 The phenomenon, called geometric progression or “momentum”, does exist, and with commitment it can occur within your own personal downline much like it does for a company. One of the saddest things I see happening in this industry is the huge number of folks who wander aimlessly through this ever widening sea of network marketing opportunities. These are people who indeed find an island oasis from time to time, only to jump right pack into the cold, rough surf in search for a “better” paradise. As I watch them swim away, I know their fate. Another island, another return to the sea. Then finally, with no strength left to swim another stroke, their hopes and dreams for a better, more secure life through network marketing sinks to the ocean floor. But alas, there is no floor, for it has been covered, layer upon layer, by the drowned hopes and dreams of so many others before them. NULL

Or, we can liken these people to a marathon participant who runs the first of a 20 mile race, then sprints back to the starting line over and over and over. Then stands confused and frustrated by his lack of progress (and, most likely, blaming the course, his shoes, the race promoters, the weather…).

You see, building a network marketing organization takes time. It takes patience. But what few distributors (in any opportunity) seem to realize is that it gets easier, it happens faster, as time goes on. But so few MLM distributors stick around long enough to see this happen. Think about it for a moment. You start out with one person building your organization you! Then you sign up a couple friends. Now you have three people all working to build your organization. In a month or two you might have only twelve people in your downline. But that’s twelve people who could all contribute to your downline. The more your group builds, the more people there are to help build it even bigger. This phenomenon, called geometric progression or “momentum”, does exist, and it can occur within your own personal downline much like it does for a company. After all, aren’t all the distributors in a company part of one really big downline? Your downline can go into momentum too, on a smaller scale of course. However, depending on your activity, the opportunity you’re involved in, and at least a little luck, this onset of your own mini-momentum might take three months, five months, perhaps a year.

As long as you’re recruiting at least one new distributor every month or two it is mathematically inevitable that your organizational growth will begin to accelerate on it’s own.

So let’s say, for the sake of example, that momentum would strike around the sixth month. How many people in this industry do you think are long gone from their opportunity before they even approach that sixth month? After all, they’re not rich yet, and the promises of all those other opportunities are just so enticing, aren’t they? Well, the answer is thousands. Thousands! And how many hopes and dreams lie at the bottom of the MLM ocean? That’s right – thousands. It’s no coincidence. The ocean’s cold. There are sharks out there. Find a nice warm island, make it your home, and see what you can build on it.