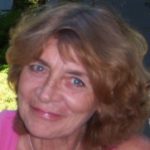 60% of high net worth women have earned their own fortunes and the number of wealthy women in the U.S. is growing twice as fast as the number of wealthy men. Let’s Grow that! Let me boggle your mind a moment with a few facts you might be unaware of when it comes to the economic power of women:

Economic Power of Women Judith W. Nichols, Ph.D., CFRE, says in Understanding the Increasing Affluence of Women that women make 80% of the buying decisions around the world. In fact, in the United States for example,

• American women by themselves are, in effect, the largest national” economy on earth, larger than the entire (!) Japanese economy. • Over the past three decades (1970-1998), men’s median income barely budged (+0.6 percent after adjusting for inflation), while women’s has soared +63 percent. NULL •Women bring in half or more of the household income in the majority of the United States.  •Women control 51.3 percent of the private wealth in the United States.  •Women control most of the spending in the household – about 80 percent.

Now let’s consider a few other facts… because things are about to turn even stronger in favor of women. We are on the verge of what can only be considered one of the largest transfers of wealth in history, and because we’re looking at it being a result of the Baby Boomers inheriting from their parents we must factor in that women generally outlive their husbands so we’re talking about the majority of family assets coming into the hands of Boomer women. Older women are increasingly single. The last figures I looked at showed that there are fourteen million single women over 55 versus 4 million single men over 55.

Are you starting to see how we are looking at women holding a lot of economic power? And it gets even better – More women today than ever before are ready and willing to own a business.

It’s true that the salary-ceiling continues to need shattering, yet women today are clear that their prospects are better than those of their mothers. And they are starting to realize that owning and operating their own business removes that ceiling altogether! So now that we’re clear about the economic power wielded by women, let’s talk a bit about the ways to effectively reach the women we want in our marketing. Marketing to Women It’s not exactly news that women are motivated differently than men. While men are strongly motivated by money, women continue to be most concerned with issues of happiness and self-fulfillment. They are also attracted to challenges and yes, they are motivated by helping others. Money comes down the list. So pitching women with earning potential at the top of the list is not the way to go.

Instead, constantly evaluate your target group… just saying you want to market to women is too broad. Women are not a homogeneous group.

Let’s look at a variety of factors you want to consider, including attitudes, values and lifestyles. Here are a few things to consider: Women in their twenties and early thirties are often busy raising a young family as well as working outside the home in order to keep the finances up where they need them during this phase of their life. Or they are just venturing out into the work world in order to establish their careers. If you have an opportunity that allows them to combine helping others, socializing, AND earning money, it’s quite likely that their ears will perk up. Women in their late thirties through their mid-forties are often in a transitional phase of life where they are discovering a change in their priorities. The way they view finances and their future is often undergoing a shift. Appealing to them with understanding about these changes can help you catch their attention. Women 55+ may be feeling more financially comfortable than ever before, but they are at a prime time in their lives for new challenges. This could be the perfect time for them to start a business of their own now that their child-raising years are behind them. Those still engaged in a career may be starting to think retirement and eagerly looking for a change of focus that building their own business can provide.

If you’re speaking to the self-made career woman you’ll get the best leverage showing her in a background of a nice office with a cell phone, iPad or computer, or perhaps a travel setting. A young mom will relate best to a setting of home with young children around. And the more mature woman who has inherited money or a solid retirement plan will most relate to nice clothes, subdued makeup, and a setting of home and family. It’s also important to realize that women’s financial decisions are most often determined by personality. So when you consider your perfect prospect, you really want to flesh out the details. An adventurous spirit open to change with a bit of assertiveness is far more likely to set specific goals so they may be closer to your ideal candidates. To Sum Up Thankfully, we have moved beyond the limited choice of stay-at-home mom or traditional career… today a larger and larger number of women have decided that starting their own business lets them combine work and family in a way that works. This trend is virtually guaranteed to increase women’s economic power above and beyond anything we’ve ever seen. Something that I believe will lead to some very good things! Happy New Year… in every way, Mary K ¸..· ´¨¨)) -:¦:- ¸.·´ .·´¨¨)) ((¸¸.·´ ..·´ -:¦:- -:¦:- ((¸¸.·´* Light EXPECT MIRACLES!

-If you’re able to be yourself, then you have no competition- 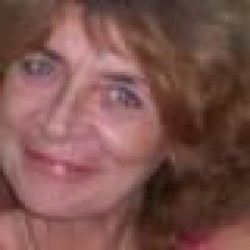