WOO — Your compelling WHY! by Brian Biro 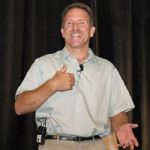 Each of us has a truly compelling why. When we discover, define, and focus consistently on this pivotal purpose, we will not fail. Do you remember the movie Apollo 13 starring Tom Hanks? It was a riveting film about the astonishing set of events surrounding the Apollo 13 lunar voyage. My favorite part of the movie was when the scientists and technicians responsible for the operation of the internal living environment in the spacecraft were handed a bunch of “stuff” as the rocket hurtled thousands of miles from earth. They were then told that they had twelve hours to somehow transform this mishmash of material into a functioning air filter system. If they failed, our astronauts would die. That’s called a compelling why! If you saw the film you’ll remember what happened next. Those scientists and technicians found within themselves a level of energy and creativity they didn’t even know they possessed. They didn’t rest, eat, or hesitate. Eleven hours later they exploded into the control room in utter triumph. They had somehow found an answer to the seemingly impossible that kept our astronauts alive.  NULL Here’s the key point: I’ll bet if you had given these same scientists and technicians the exact same challenge in the lab, six months before the flight, they wouldn’t have figured it out. It would have merely been an extremely difficult mechanical puzzle not a matter of life and death. After a number of failed attempts at a solution, it would have been easy to give up and say it can’t be done. But the reality of the situation filled them with an absolutely compelling purpose. There was no way they would give up. No longer was failure an acceptable option. They would succeed by the deadline — period!

With such compelling purpose they found an often untapped source of energy that more than any other has the power to lift us closest to our true potential.

Each of us has a truly compelling why. When we discover, define, and focus consistently on this pivotal purpose, just as the scientists, we will not fail. We will have nearly unlimited energy with an infectious “I can’t wait!” spirit. Ignited by that extraordinary level of energy we too will discover creativity, solutions, and strength beyond our expectations. The challenge for most of us, however, is that we rarely focus on our compelling why. For many it may be only once a year, perhaps on New Year’s Day when we come up with a resolution or two, or at the beginning of the fiscal year when we set our goals and objectives.

But focusing on a compelling why is like building a muscle.

As a competitive racquetball player, if I don’t practice my game consistently and often, my strength, endurance, and timing will suffer. Eventually this will cause my confidence to deteriorate. The same is true with our compelling why. It is a muscle and must be trained and exercised consistently to thrive. Focusing on your purpose and compelling— why once a year will yield exactly the same result you’ll receive if you go to the gym once a year. All you’ll get is really sore! In his masterpiece, Man’s Search for Meaning, the legendary psychiatrist, Viktor Frankl described in shocking detail the horrifying inhumanity suffered by the prisoners in the Nazi concentration camps. One powerful truth grabbed my heart more than any other when I read this incredible book. Frankl explained that if you had been asked to predict which of the prisoners would survive the almost incomprehensible conditions in the camps, you would likely have been wrong because you would have probably based your guesses on physical qualities. But ultimately, life itself hinged not upon physical strength, but rather upon purpose.

Those that survived were those that had some purpose they knew no one else could fulfill and that was left undone.

For some it was a project they were compelled to finish. For others it was a family member for whom they absolutely had to survive. It was the intensity of purpose that kept hearts beating, minds functioning, and the thread of hope alive.

One of the most important actions for you to take to seize more WOOs in your life is to write out your compelling—why in the form of a purpose statement.

One of the best resources for the mechanics on how to construct effective purpose statements is Kevin McCarthy’s The On-Purpose Person. But remember, writing the statement is only a beginning. The purpose statement becomes a compelling why through daily visualization, affirmation, and focus. In my book The Joyful Spirit: How to Become the Happiest Person You Know! I provide a simple, step-by-step process for creating and affirming your compelling—why every day. The essentials of this process are very simple: Have your statement posted where you can’t miss seeing it every day. Spend a few quiet moments repeating the statement to yourself before you dive into the day’s action. And supplement this practice by conditioning the habit of asking yourself four simple, yet tremendously unleashing questions every single day: 1) What’s my most important next step? 2) What kind of example am I committed to become today for those who depend on me and look to me for leadership and guidance? 3) What am I truly grateful about in my life today? 4) How will I increase my service to others today? These questions help you clarify your priorities and expand your purpose to one that is bigger than yourself. There is no greater source of unstoppable energy that will lead you to the WOO! 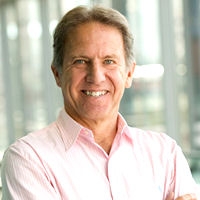